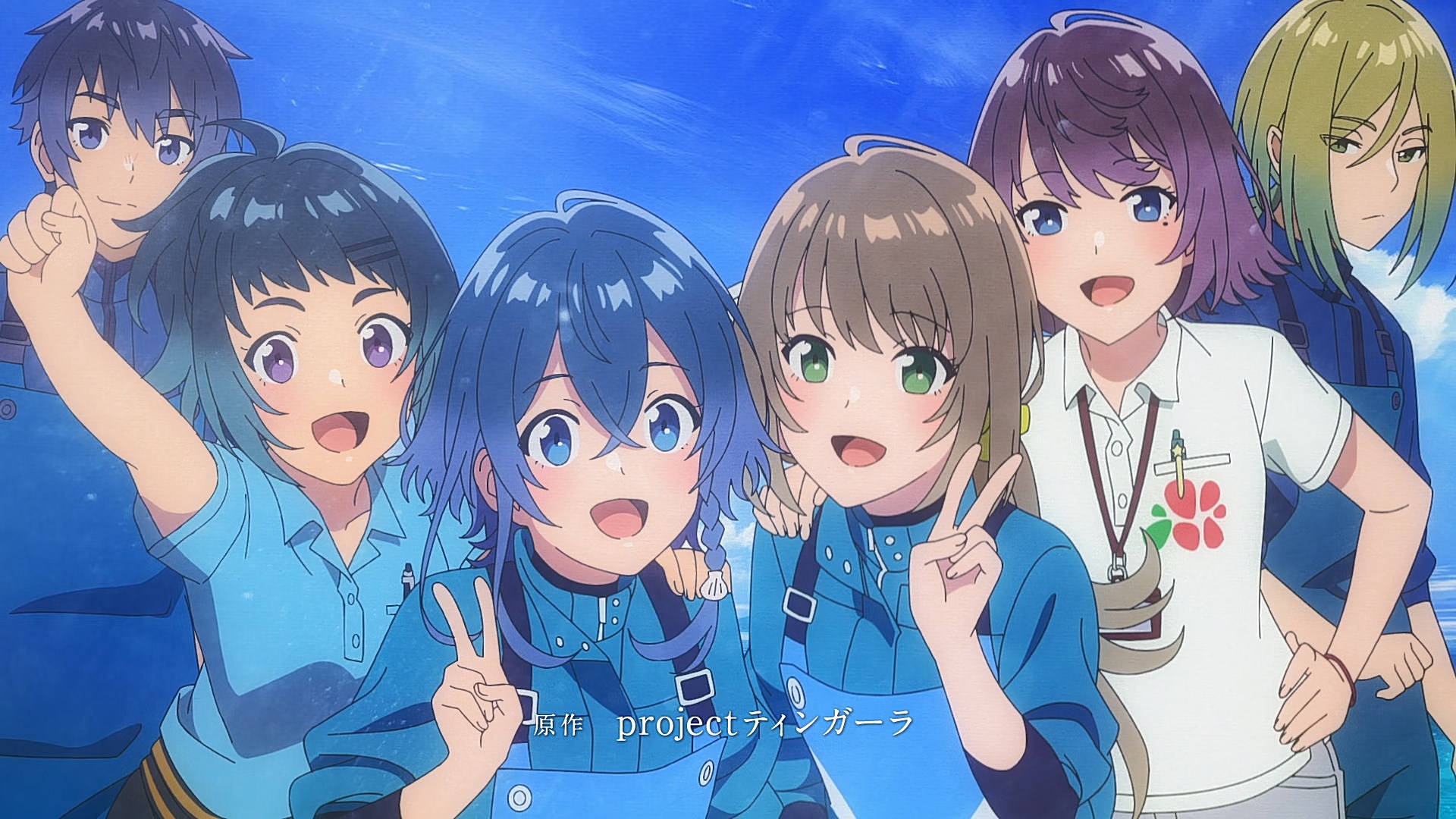 Aquatope of White Sand otherwise known as Shiroi Suna no Aquatope is a slice-of-life drama series that was originally released in the summer 2021. The story of Aquatope begins with Fuuka Miyazawa whose career as an idol has come to an end. Depressed and directionless she wanders and finds herself in an aquarium named Gama Gama that is on the brink of collapse. Unable to face her past failure with her family she decides to stay and take a job in Gama Gama.

Meanwhile Kukuru Misakino, whose dream is to keep the aquarium open, does her utmost to keep Gama Gama from going under but soon finds the task is far more difficult than envisioned. Can these girls maintain their dreams and can both save the things that are dearest to them? 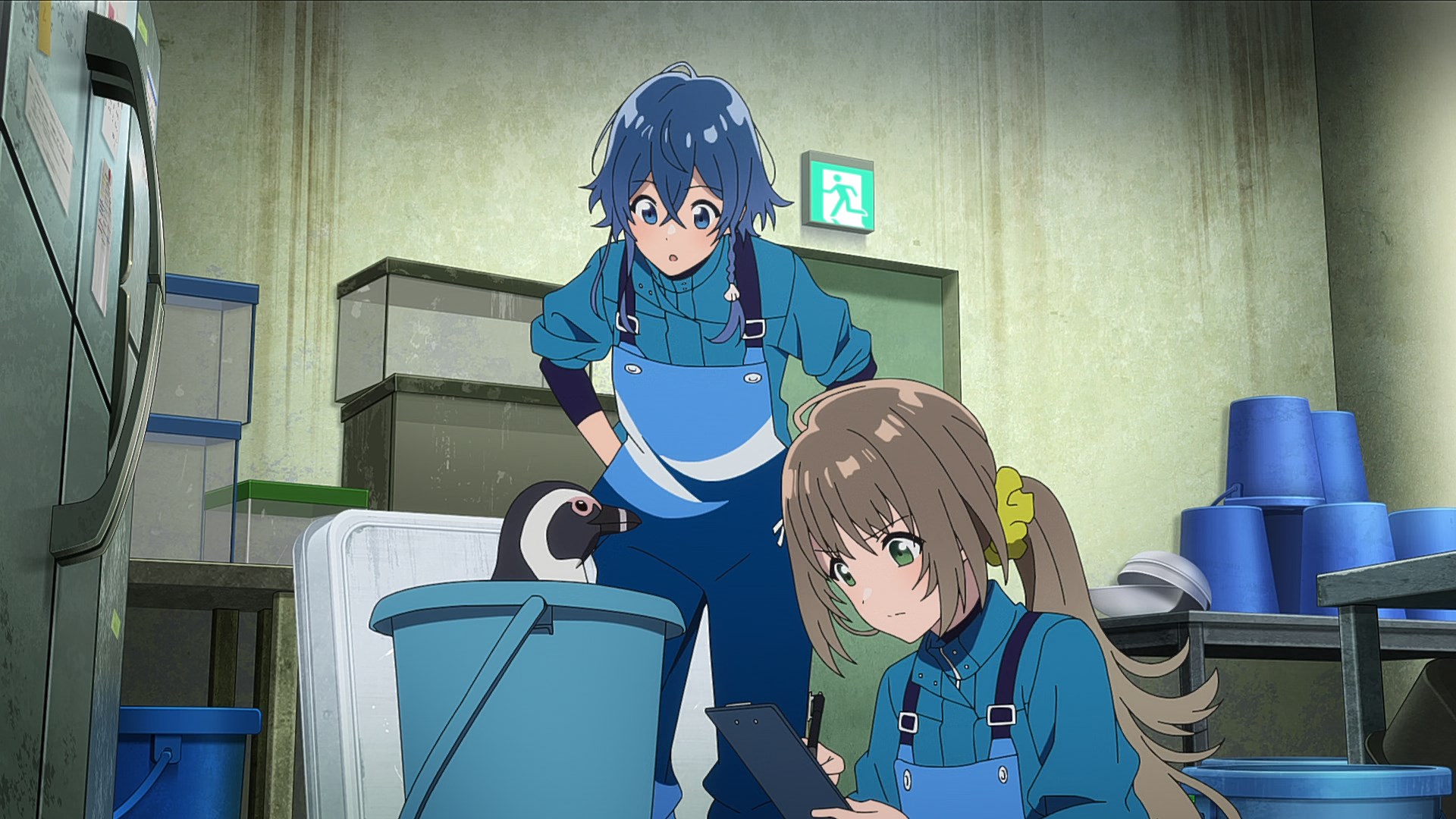 Aquatope is a slice-of-life/coming of age series with a difference. Unlike most shows of this genre with its typical high school setting this series is primarily based in an aquarium. This adds a fresh twist to the usual slice-of-life formula as we see issues that not only occur in a novel setting but the nature of problems encountered are often more closely tied to various work-related problems. This should prove more entertaining to an older audience than is typical in most slice-of-life series.

As good as the setting is the main highlight for Aquatope is its characterisation of our main leads Fuuka and Kukuru. What makes these two girls special is that they are genuinely likeable characters that are made relatable due to their various flaws that adds a depth and realism not often seen in anime. In the case of Fuuka we have a young, caring and kind person that is plagued by self-doubt and a lack of direction due to the setbacks she has recently experienced. I don’t know about you but such things have definitely happened to me so I understand where she is coming from. It is this combination of her good-natured character and the very familiar problems she faces that it made it easy for me to root for her.

Kukuru is also equally strong but flawed as, like Fuuka, she carries a charisma and charm that can easily captivate viewers. It may sound cliché but her happy go lucky gung-ho approach is contagious but her strength is also her weakness. The way she holds her heart on her sleeve whilst inspiring often lands her in trouble as she is often prone to biting more than she can chew. Her primary passions can make her obtuse or blind to some basic truths which in turn can leave her flustered and immensely frustrated.

These weaknesses from both girls present themselves at various points in the series and are often aggravated by the scenarios and characters they encounter. It is through these challenges however where we see our girls grow and to the shows credit, we do see some significant growth and maturity with both girls as they overcome lives various woes and grow into level headed women achieving their dreams in the process.

What is also notable is the relationships both girls have with each other as there is strong chemistry that is not only believable but it is something that forms naturally. The bond they have is very strong and it is endearing. The way it blossoms is made more poignant by the fact it is never a one-sided but a mutual affair; both girls depend on each other and when one is down on their luck the other is always there to offer support. 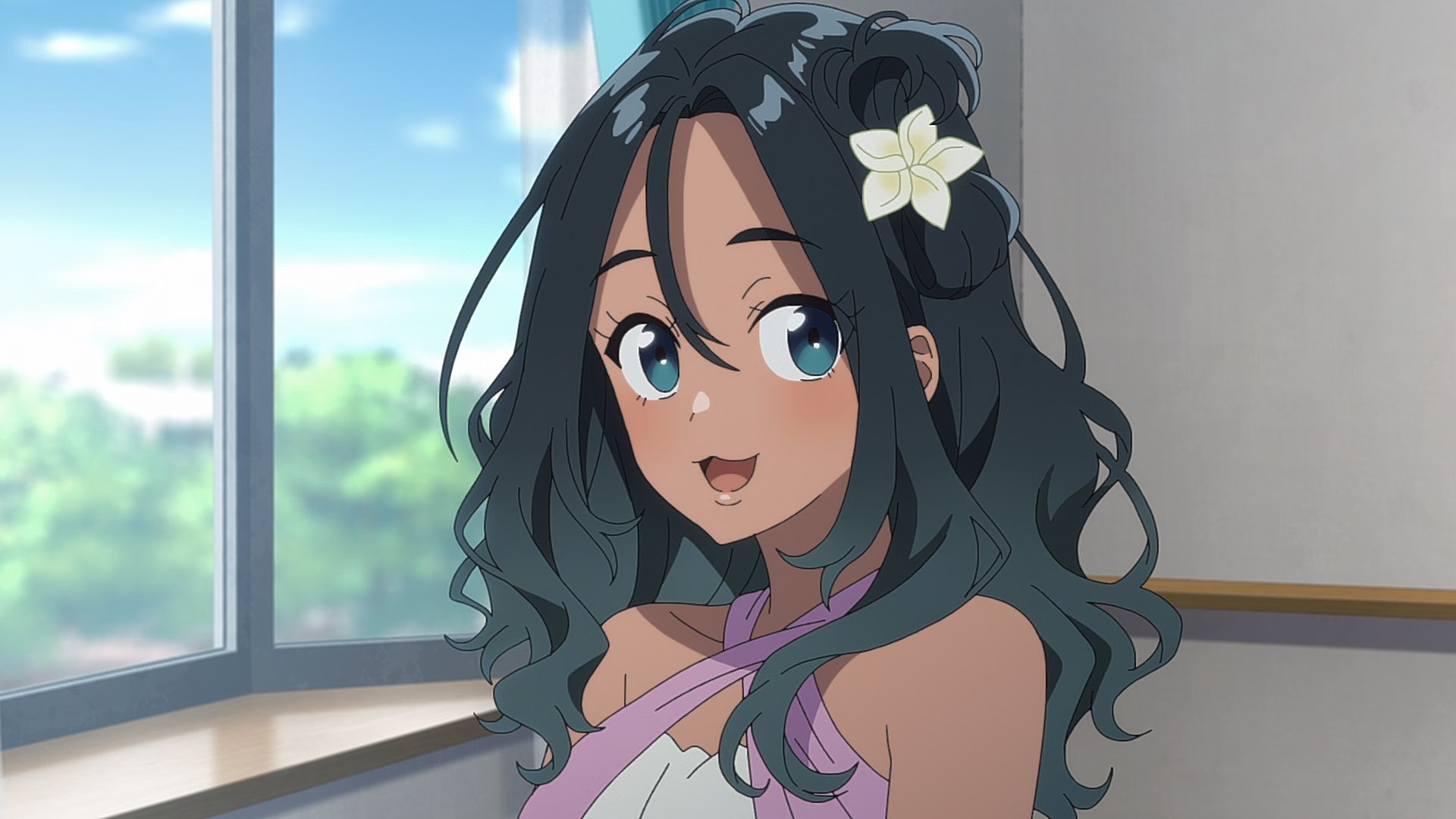 It is not just the leads that are good; we also get a strong supporting cast. While a good chunk of these side-characters offers their help and support the ones most memorable are actually the characters who act as source of grief and strife. Again, whilst those characters can certainly be annoying, they are unfortunately relatable and for anyone who has worked you can probably insert personal examples on the way these characters act. It is these realistic depictions coupled with the well written leads that make Aquatope a memorable series to watch.

However, as much drama as this series has it does have its down moments when we can chill out and cool off. There are various segments in the story when the focus is squarely rooted either in either the marine wildlife or the more whacky scenarios these girls find themselves doing. They are executed well for the most part and a good balance is achieved as we get some respite with the more dramatic (sometimes even depressing) moments. But it is never overdone to the point we get apprehensive that the story is going nowhere.

The ending whilst not a completely closed affair (a sequel could be possible) it is solid and offers enough closure to keep viewers satisfied. Not only do we get a good sense that both Kukuru and Fuuka have got overcome their major struggles we even see that the various supporting characters have also grown and become more mature and reasonable. All in all there was a lot of good points to be had with the ending.

Aquatope is a series that places a large focus on marine life and thankfully the beauty of nature is well captured in this series. Not only are we treated to various great scenic shots but the various sea life we see in Aquatope is beautiful and we can really admire and emphasise with the characters sense of wonder. I never tired of these shots. I was also a fan of the various character models so animation wise this was very solid. There are moments however when the quality did take a dip but it was nothing too noticeable and the quality remained fairly consistent throughout. 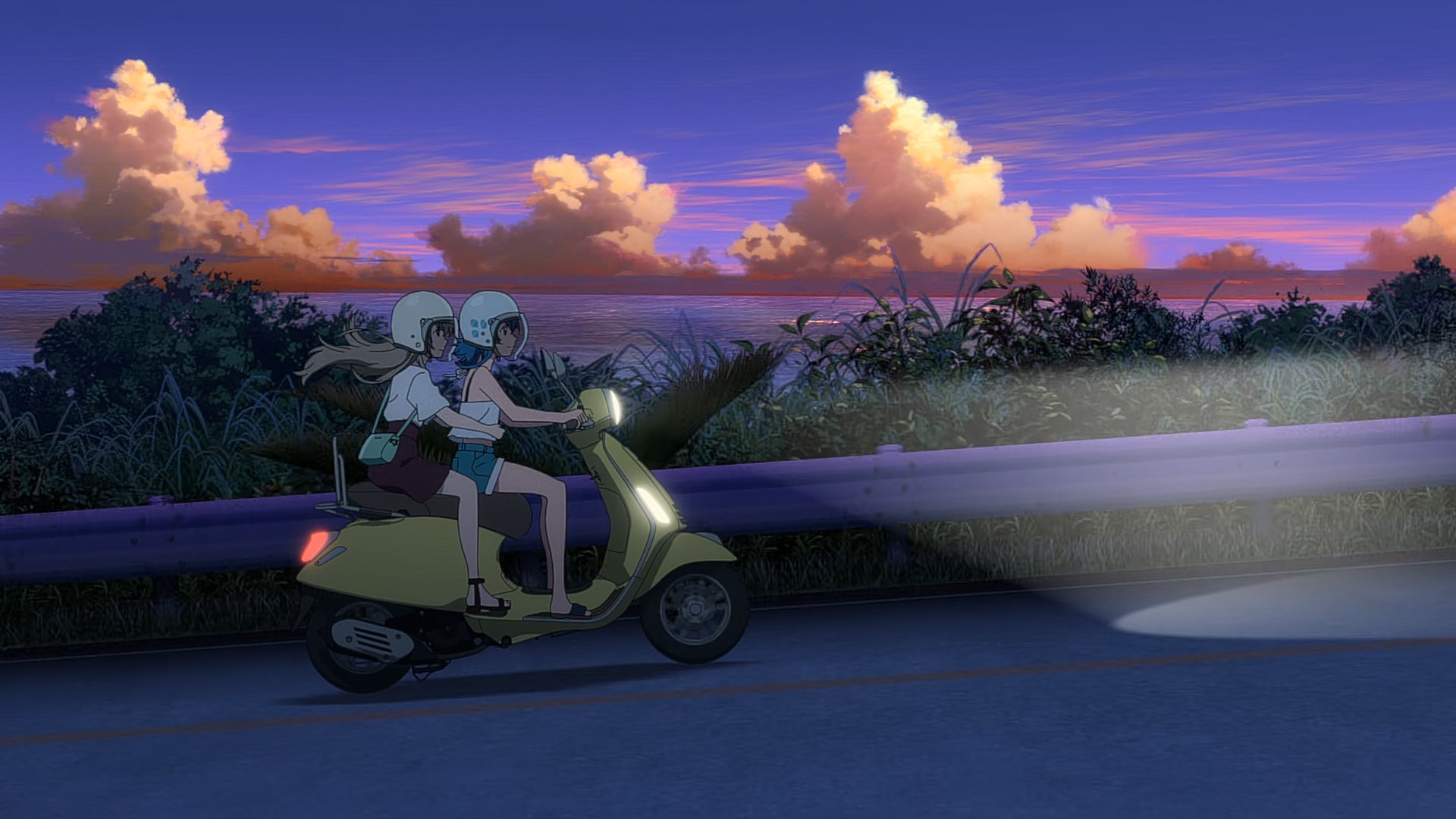 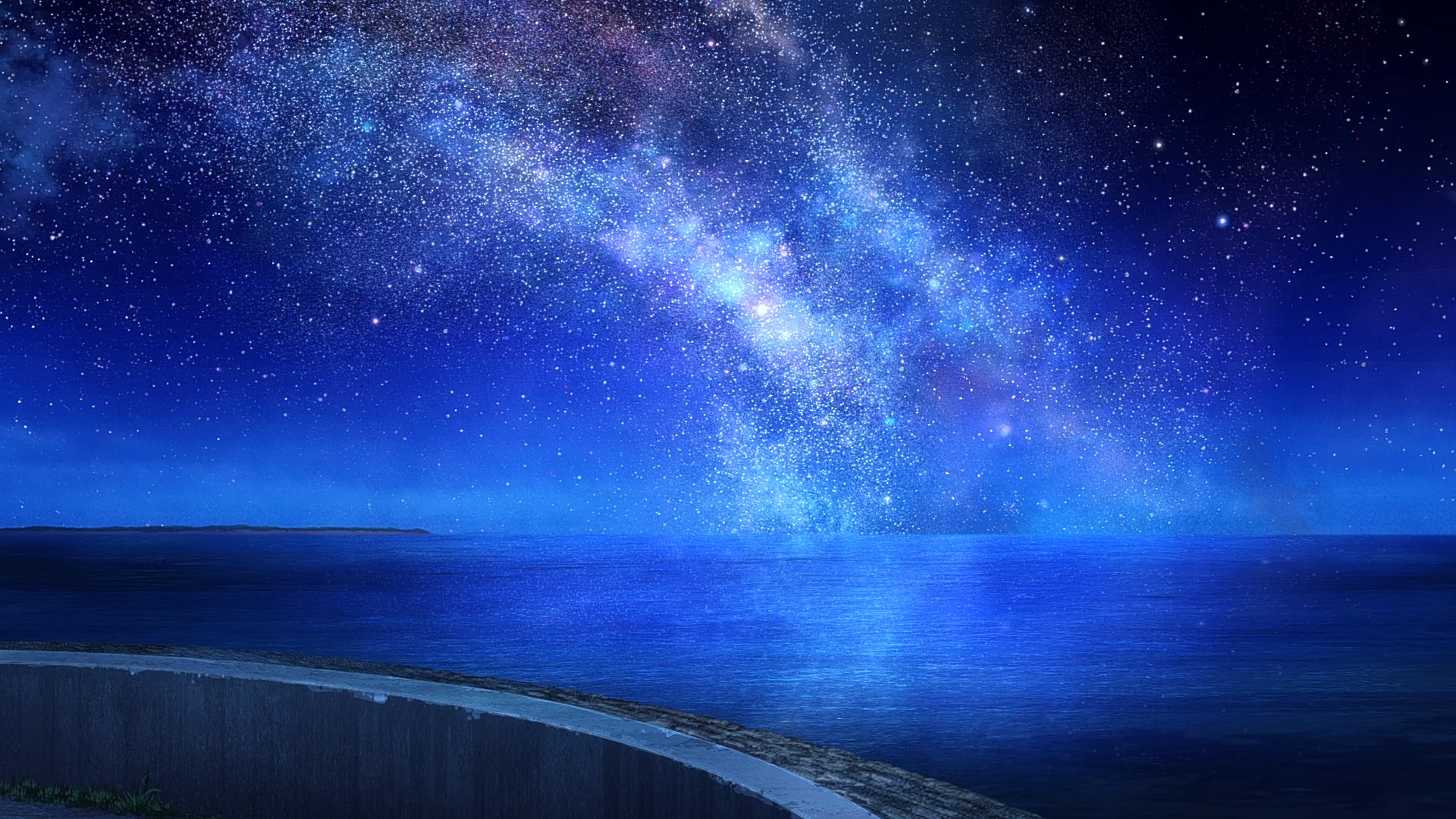 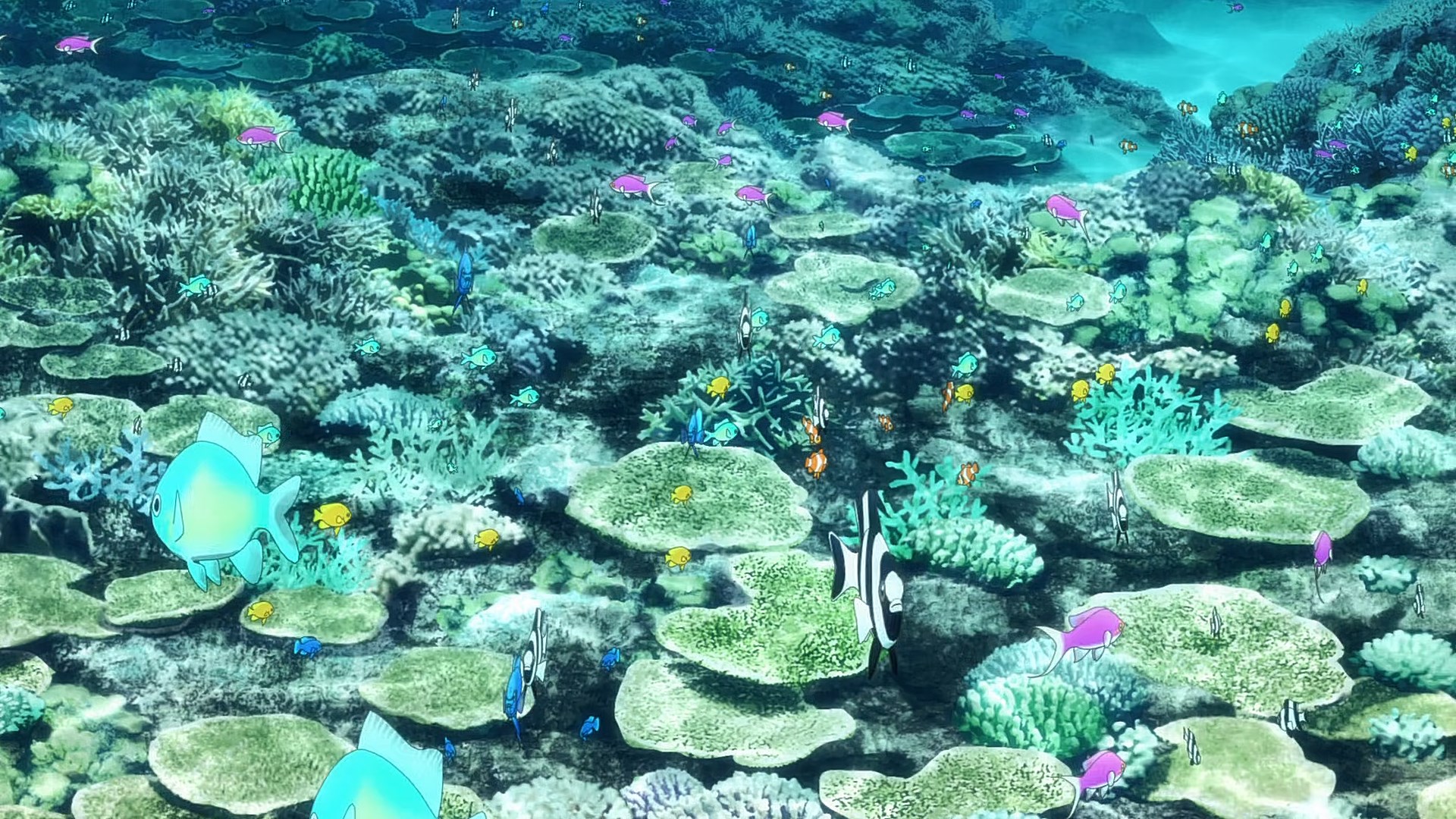 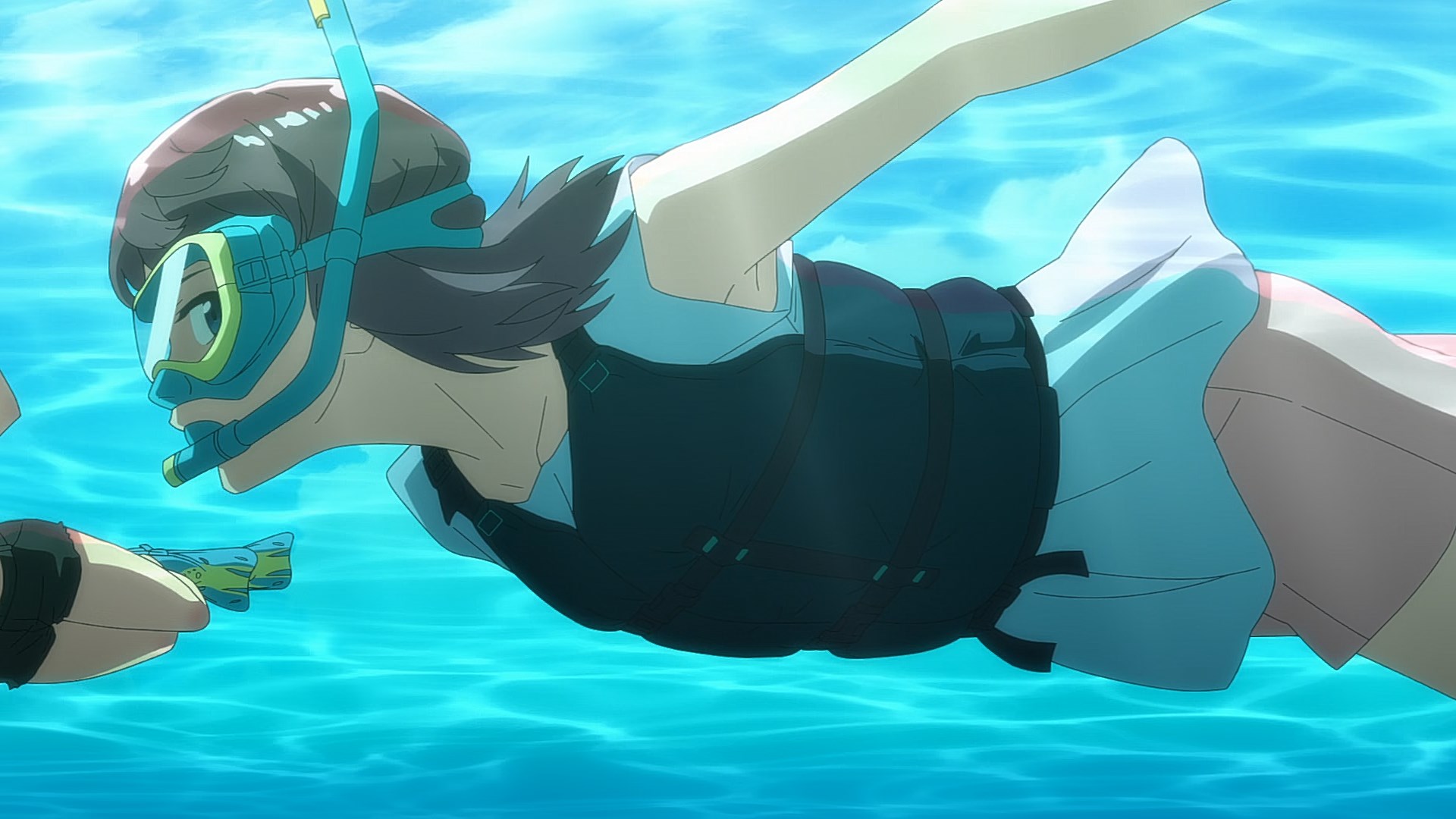 There are two openings and ending beats in Aquatope. I would say the majority of them were good as I enjoyed both the first opening ("Tayutae, Nanairo" by ARCANA PROJECT) and the ending ("Tsukiumi no Yurikago" by Mia REGINA). The ending track here was a touch sombre even foreboding but it reflected the mood of the series at the time. I also liked the second opening ("Tomedonai Shiosai ni Bokutachi wa Nani wo Utaudarou ka" by ARCANA PROJECT) but was more indifferent to the second ending ("Shingektsu no da Carpo" by Risa Aizawa). The ending for the season finale is actually the first opening for the series.

If you are after a character driven, slice-of-life series with a difference then you will certainly not be disappointed with Aquatope. Not only do we get strong main leads but the supporting cast also serve in not only helping our girls but also acting as a source of antagonism. The fact these difficult characters are so realistic and relatable makes this a series that is easy to immerse yourself in. It is these moments when Aquatope shines its brightest.

Beyond this antagonism we also get some tense moments particularly in the first half as growing sense of tension and uncertainty rears its ugly head. We can sorta see where things are going but are never entirely sure. Our thoughts reflect that of Kukuru which again act as an effective way of engrossing us into the series.

To think this series is only about drama would be a mistake however as there are plenty of random upbeat and funny moments with the various mishaps our girls get up not to mention the random antics of the animal life in the Aquatope. This is one of the finer series of the summer season and something you will likely enjoy for its characters and setting. If you are a fan of chilled out slice-of-life series then add an extra point to my overall score.

Story 7 – Unique setting acts a good hook to reel you in but it is the sense of tension in the first half that keeps you hanging around. Things get better in the second half as the problems encountered are not just realistic but also relatable. The finale is that all these obstacles and trials are resolved in a very satisfactory manner.

Characters 8 – Strongest part of the show and the primary reason you should watch Aquatope. The main highlight are the main leads of Kukuru and Fuuka that really elevates this into a series worth watching. The supporting cast also carry merit and we see growth and development in them too. In terms of the antagonists, they are also fleshed out so whilst they can be grating, we do gain an understanding on why they behave the way they do.

Animation/music 7.5 – Is solid and consistent. The main highlights with the animation come from the numerous gorgeous scenic shots and the marine life that are a delight to behold. We also get some good character models that is easy on the eyes. This strong animation is backed up by strong opening and ending sequences that are also strong in their own right.

Overall 7.5 – This is a series most suited to those who like character driven slice-of-life series. If you are fan of the genre then Aquatope is a series I would recommend. Even if you are not a fan of such shows there is a lot going for Aquatope from its unique setting to relatable problems and difficult characters. These challenges are made all the more realistic due to the well written leads that a lot of people can relate to.

To add icing to the cake we get good upbeat moments when the series decides to take a break from the drama. These moments prevent the show becoming too depressing but is never done excessively so as to stifle the plot. In all a very solid series that most people will enjoy. 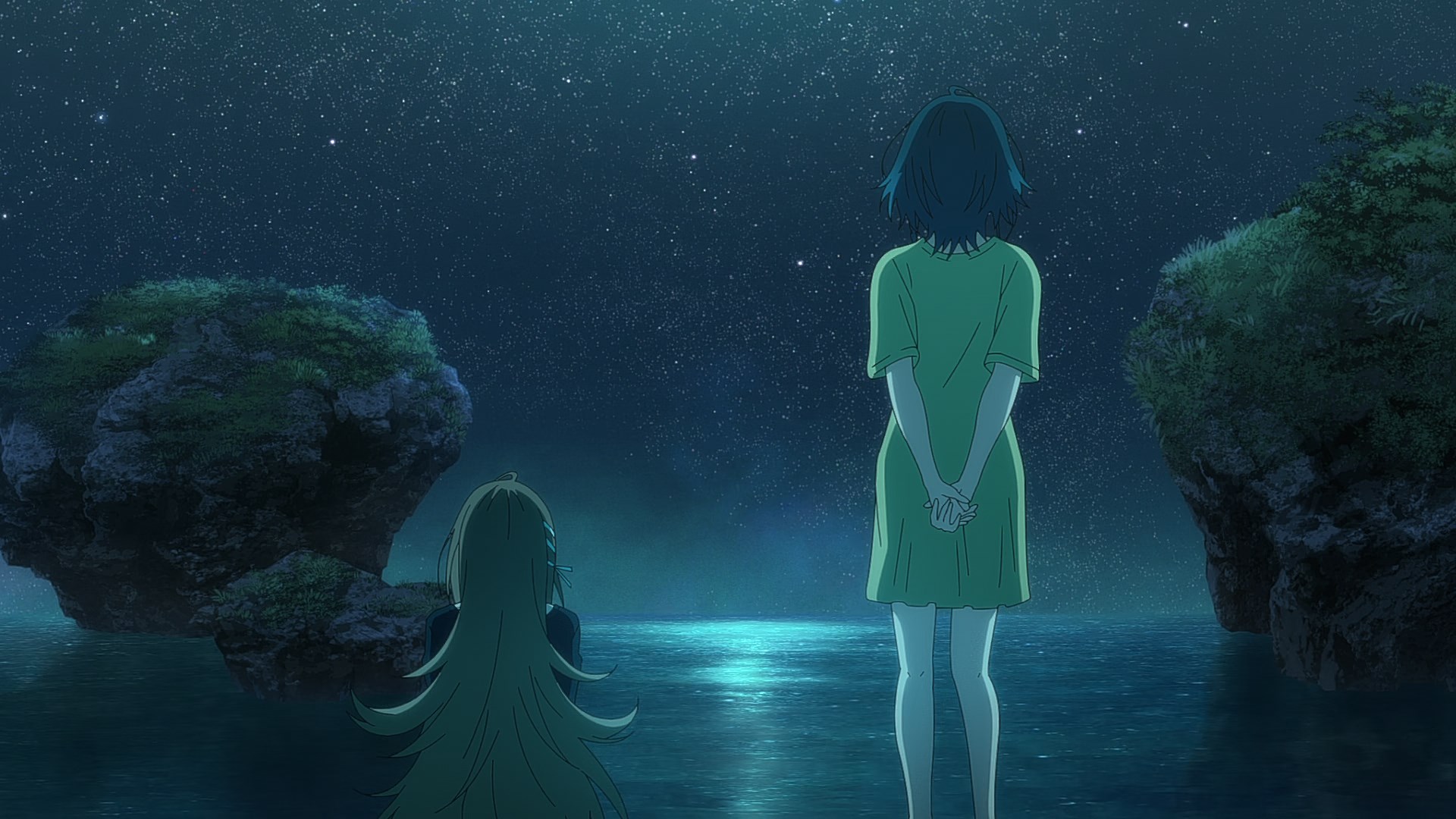 Enjoy the sight and scenes of the Aquatope anime with the gallery below: 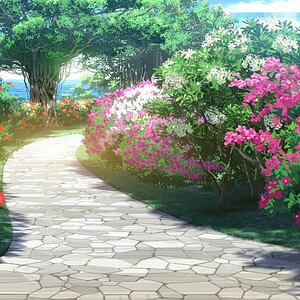 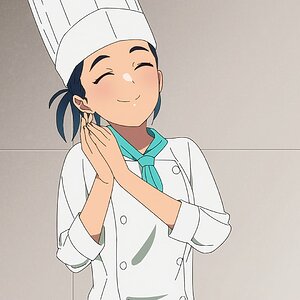 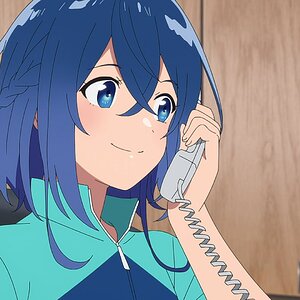 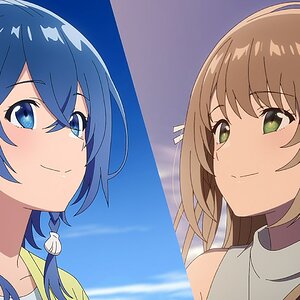 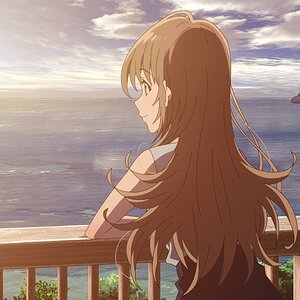 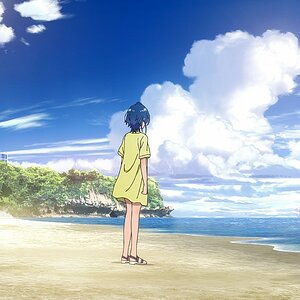