Falcom announce Trails of Zero and Trails of Azure localisation!

NIS America announced on Thursday 24th June the long awaited games Trails of Zero (Zero no Kiseki) and Trails of Azure (Ao no Kiseki) were to be released in the west for the PS4 and Switch platforms. For those not in the know these two games are part of the larger Legend of Heroes franchise from Falcom. In my opinion these two games represent the pinnacle of the entire series and are classics that need to be played.

The localisation has actually come through unconventional means as the translation was provided by the fansub group Geofront who have courageously translated the entire two games which is quite the feat considering the length of the total script. Just to stress these rpgs are really dialogue heavy! Falcom has teamed up with the group and it is expected that the first game Trails of Zero will be released in the Autumn of 2022 while the sequel Trails of Azure will launch in 2023.


Falcom has also announced the localisation of two further games in the series; the first being The Legend of Nayuta: Boundless Trails (Nayuta no Kiseki) which was originally released in Japan for the PSP in July 2012. The final game announced was Trails into Reverie (Hajimari no Kiseki) which confirmed this game will ship to the west. All in all, very welcome news and a lot to bite into. Here are the trailers for the Boundless Trails and Trails into Reverie:


The final bit of news is that the Cold Series will get an anime release in 2022 so perhaps we can see some more of our favourite characters! 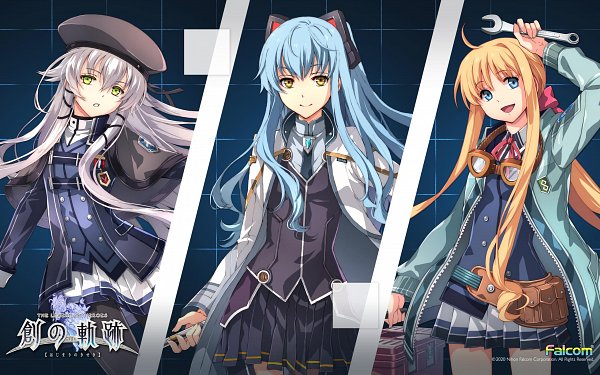 Staff Writer
Ooooo I didn't know about the anime. Now I'm glad since I think it could very easily work as an anime.
I love the art style, I see that it says all platforms and seems to show a PC logo as well, I certainly hope so as I don't have a PS4 or switch.

Maiku_Ando said:
I love the art style, I see that it says all platforms and seems to show a PC logo as well, I certainly hope so as I don't have a PS4 or switch.
Click to expand...

Don't worry they're on Steam ready to wish list and they Have pages on Epic Game Store. So just pick your store of choice.
You must log in or register to reply here.