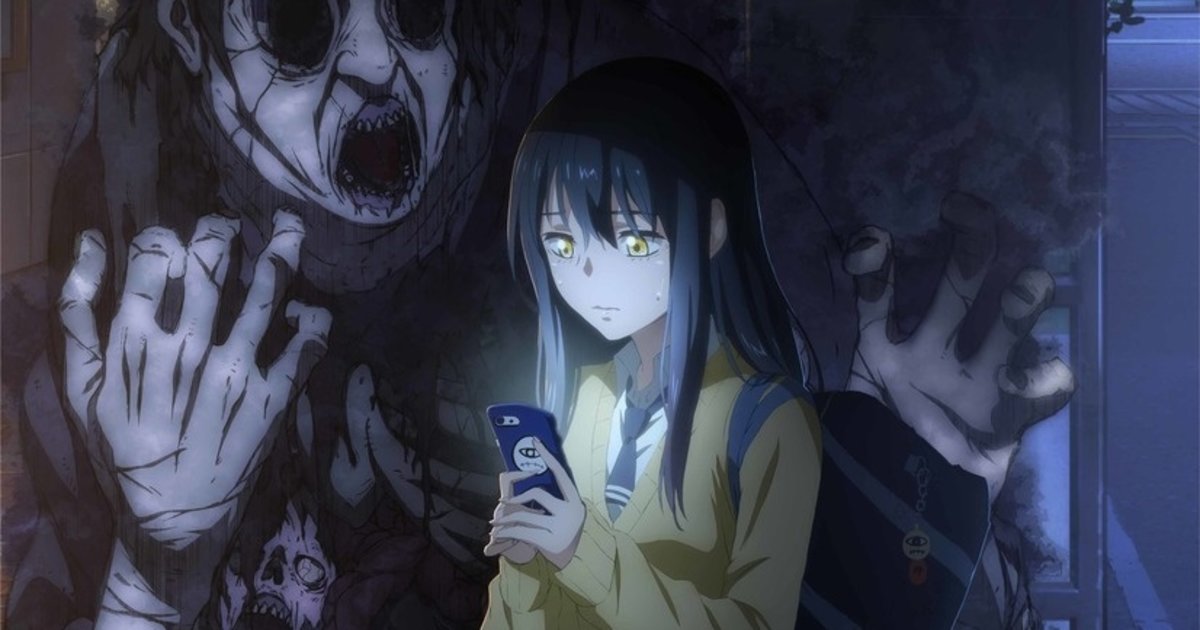 Mieruko-chan is a horror/comedy series that came out in the autumn 2021 season. The story centres on Miko Yotsuya who has a special ability to see supernatural spirits around her. Scared witless by these abominations, Miko tries her best to pretend they are not there so as to prevent her best friend; Hana Yurikawa from freaking out. It takes all her strength to maintain this calm façade and it is only a matter of time before either Hana, her pupils or worst of the all; the spirits find out! Will she be able to maintain her secret or will her big secret get out? 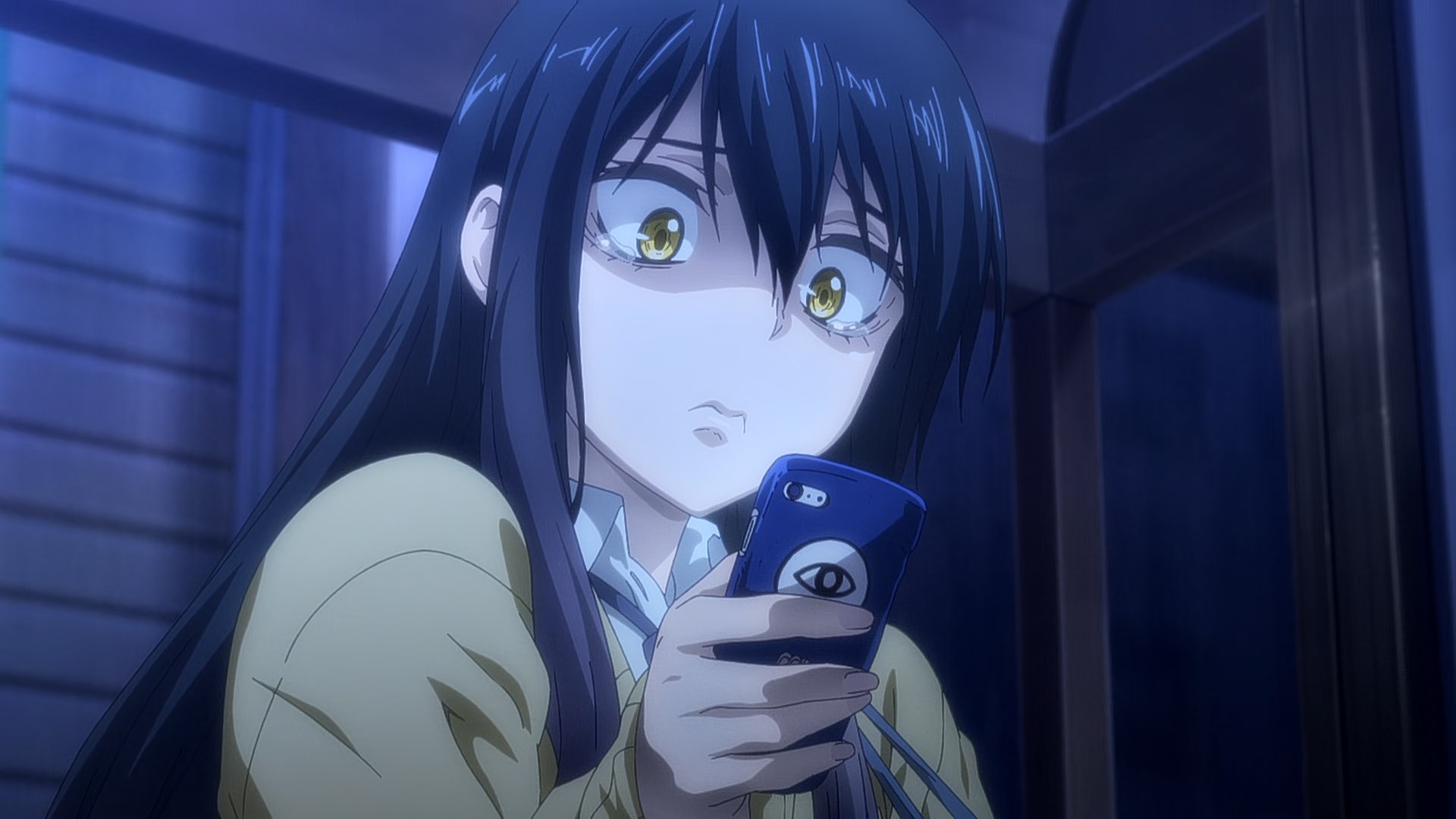 I am not a horror fan and even horror/comedies are things I normally stay clear of as I feel the contrasting genres often act to stifle each other. As such I was close to giving this series a pass but I am glad I gave it a chance. The way it mixes the horror and comedy elements is fantastic as somehow the series never allows the comedy to undermine the tension and suspense while at the same time the jokes don’t take away from the overall horror aspect of the anime.

If there is one thing, I would say that could prove controversial it would be with the fanservice. I know most people who are into this type of genre often avoid it and if you watch the opening episode, it becomes readily apparent that there is considerable amount of it thrown in. It is blatant and even takes away some of the suspense from the episode. Personally, I didn’t have a thing against these scenes but if you have an aversion against it, I would advise persisting with the series as the level of fanservice does dial down significantly after episode two (although it never completely disappears).

If you do get over this potential pain point you will be rewarding as many of the horror scenes are great. The way this show builds up suspense, showing but not showing you generates a sense of unease that echoes the psyche of Miko. You never quite know when the next terrible spirit will come out or what it will do either. It is this sense and apprehension of not quite knowing when or how things pan out that makes these scenes work so well.

These tense moments are punctuated with more light hearted moments to give us a breather and not get too creeped out. This change in tone largely comes from the dynamic our two main characters have as the nervous energy from Miko lies in stark contrast to the largely oblivious Hana who is ignorant of all the events going on around her. Her happy go lucky attitude, coupled with her obsession for food means that she largely acts the comic relief character. It works well and most of the jokes and gags hit the mark here and they never really come off as obnoxious. More important is the chemistry between Miko and Hana which is strong throughout the series and there are numerous heart-warming moments when they help one another.

Speaking of heart-warming scenes there is another major character that does join this duo later on who for various reasons you really feel for. Considering the characters background and the troubles they get themselves into I genuinely felt good when they managed to open up and befriend the two. Although in typical comedy fashion there are ton of misunderstandings that largely fuels the comedy in Mieruko-chan.

What is also noteworthy is the relationship Miko has with her brother and whilst he is more a secondary character what this relationship does is underline how strong the cast/relationships are in this series. In fact, it is one of the reasons you should watch this series as they are all very likeable and you genuinely want to know what happens to them.

Beyond the good characterisation there are still further positives to be had; as the series progresses we soon discover the nature of the spirits vary so while we get the obvious scary critters there are numerous monsters which have distinct personalities. These differing personalities result in them having different motives which all adds an extra layer to the overall plot. It keeps things fresh story wise but also adds to the mystery and lore as we slowly understand what these supernatural beings are capable off.

These variations in spirits plus the other supernatural elements that go on are all used to drive the main arc in the second half of the series when the story becomes the main emphasis of the series. Despite its more serious nature, it was also enjoyable as we are slowly embroiled in a mystery whereby we only see the results of what our main villain is doing. The big mystery here is we never quite know who is doing these acts although hints are thrown in to make our Spidey senses tingle as to who it is!

This big mystery does end with a final resolution so do not worry about any open endings, bad asspulls or needing to read the manga. Viewpoints on the ending will differ depending on whether you managed to figure out the mystery bit. But I will say that even though I guessed it correctly I still got a good deal of satisfaction from it.

Animation is decent and consistent and there are no major issues even late in the shows running. It is nothing to write home about but does the job. I will say the character designs are good and the way they capture the emotions of Miko and other characters is great as those little micro-expressions do an excellent job in conveying the mood of the scenes effectively. For those inclined the fanservice in Mieruko-chan mainly consists of cleavage/panty shots with a bit of leg shown for good measure. It is nothing hardcore so don’t expect to see really juicy stuff here.

The opening and ending sequences, animation wise, are both pretty good and I did also enjoy the opening "Mienaikara ne!?" by Miko Yotsuya but what stood out for me more was the ending piece "Mita na? Mitayo ne?? Miteruyo ne??? which was also done by the same artist as the opener.

When I think of horror/comedies I often think of mediocre series. Fortunately, that is not the case here as the balance between building suspense and tension was brilliant. What is more the comedy moments never stifled the horror which would be quite an easy thing to do. If there is one stumbling block it would be that the fanservice in the early episodes can act to undermine the tense opening acts. This doesn’t last long however so even if you have an aversion to such things, you should not worry about this detracting from your enjoyment for most of the shows running.

The other major positive for Mieruko-chan is the strong cast that while small are all great in their own ways. I found I liked all the girls in this whole show and the relationships and chemistry they had were not only funny but heart-warming. It was one of the major reasons to watch the show. Things do get a bit more serious later on as there is a bigger emphasis on mystery. It is an intriguing watch and the resolutions were also good. If you like horror, comedies or even cute girls then you are likely to enjoy Mieruko-chan. That list should capture quite a wide audience which is really a reflection on how good this series is.

Story 7.5 – Best bit of Mieruko-chan is how it finely balances the contrasting horror and comedy segments so well. It is the main highlight of the story but this series has other things to offer too. We see a range of spirits with different motives that adds to the world lore and there is a bigger mystery piece that becomes the focus in the latter half of the series.

Characters 8.5 – The main highlight of the series. All the cast members are likeable and the way they bounce of each other is always amusing and entertaining. Even the secondary cast gets in on the act and it leaves a wholesome feeling that keeps you engaged and really wanting to know what happens to them.

Animation/music 7 – Pretty average stuff if truth be told. The biggest strength would be the way the facial expressions of semi-contained horror we get when Miko tries to coverup her fear. The opening and ending sequences are also done well from an animation and musical sound point.

Overall 8 – Good horror pieces, funny moments and a likeable cast means this is a series that is likely to appeal to a wide-range of anime fans. If you like horror that has a light-hearted tone due to its comedic elements then you will like this. Even if horror/comedies are not your cup of tea (as is the case for me) the way those elements are executed means you are likely to enjoy it anyway. This good storytelling coupled with its great cast means this is one of the series I would recommend watching in the autumn 2021 season. 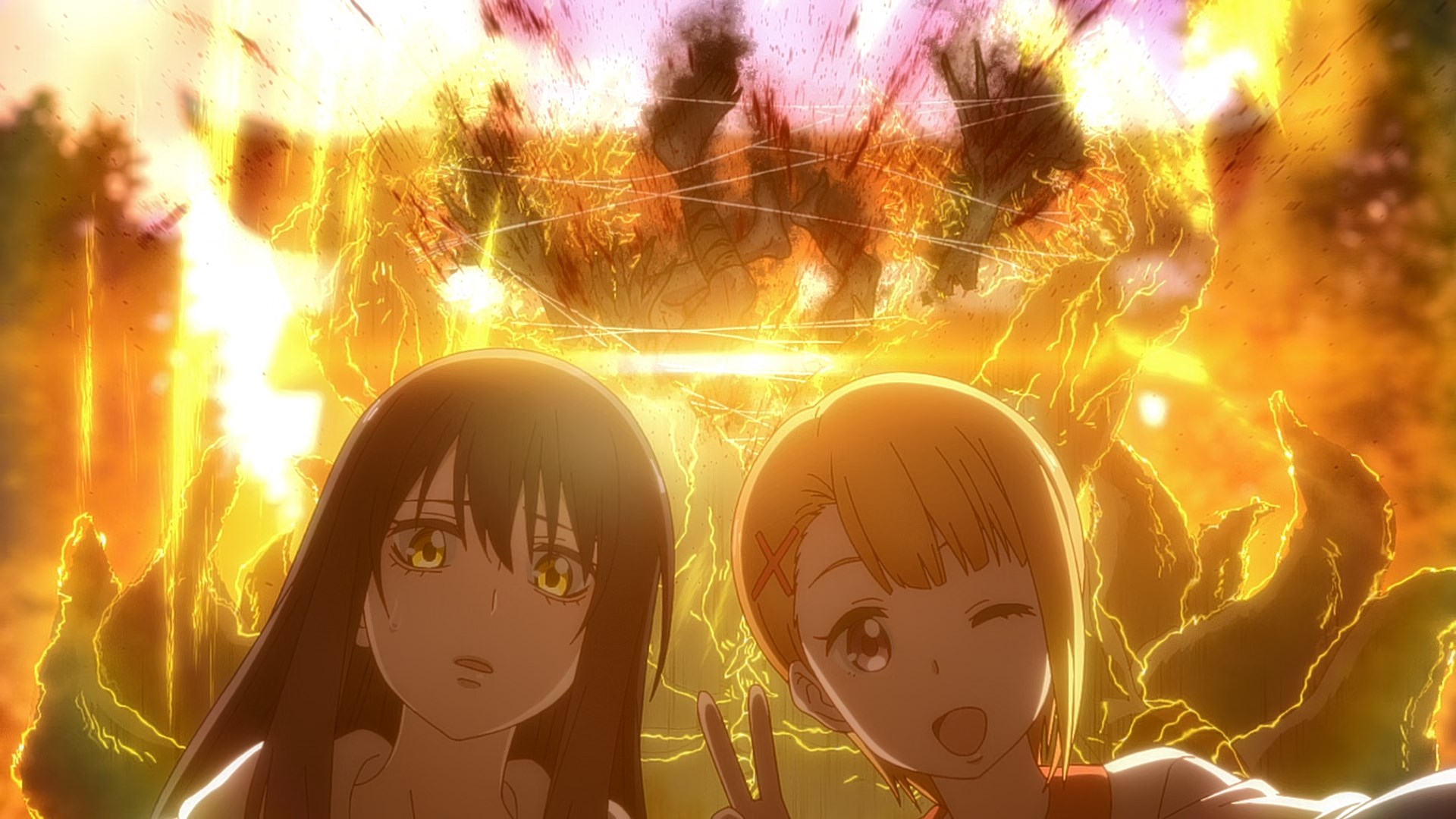 Got nerves of steel? Then why don’t you transverse the great Mieruko-chan gallery where wild ghouls are sure to give you a big fright! 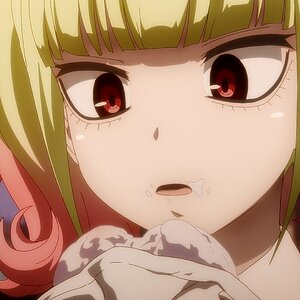 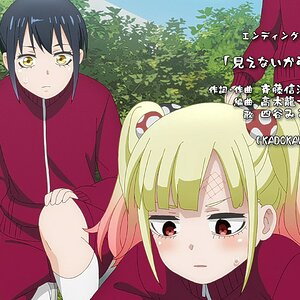 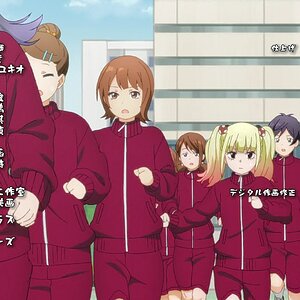 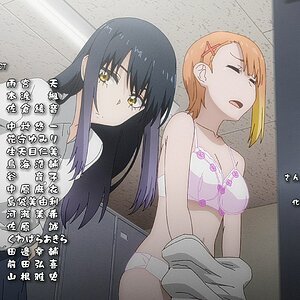 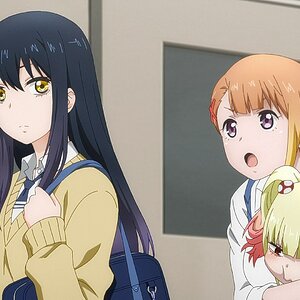 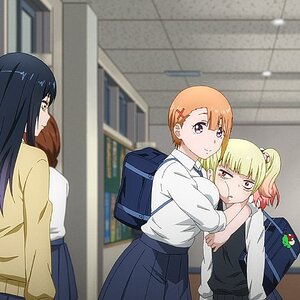