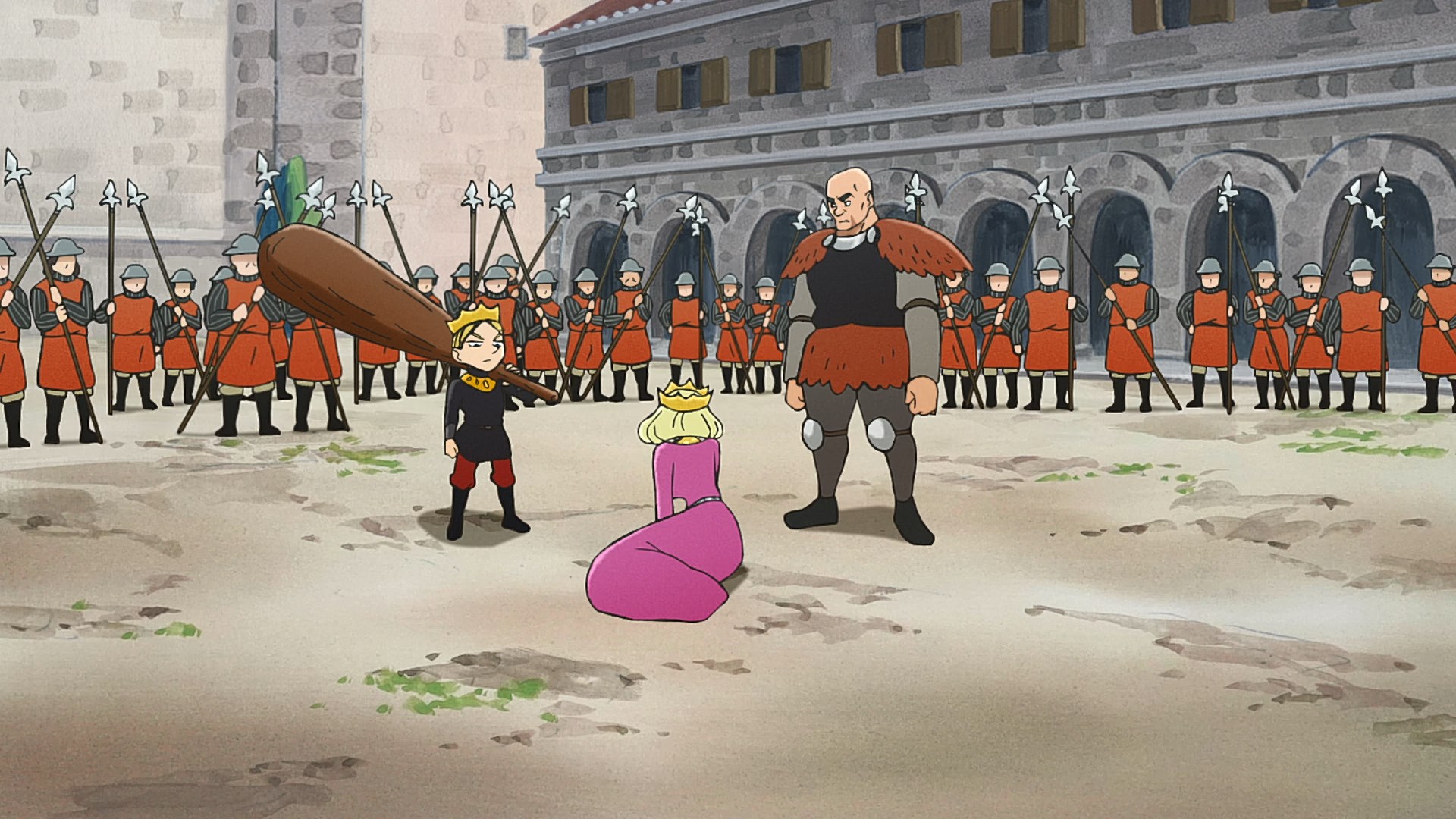 Bosse’s spirit who currently resides in the body of Daida stands before Queen Hiling. She is initially reluctant to believe the claim that it is Bosse standing before her but when he decides to snap his massive club into pieces and then crushes it to form a diamond, she grasps the situation for what it is. This huge feat of strength was actually something Bosse originally did to woe Hiling and due to the intimacy of the event is a sure sign that Bosse currently possesses Daida’s body. 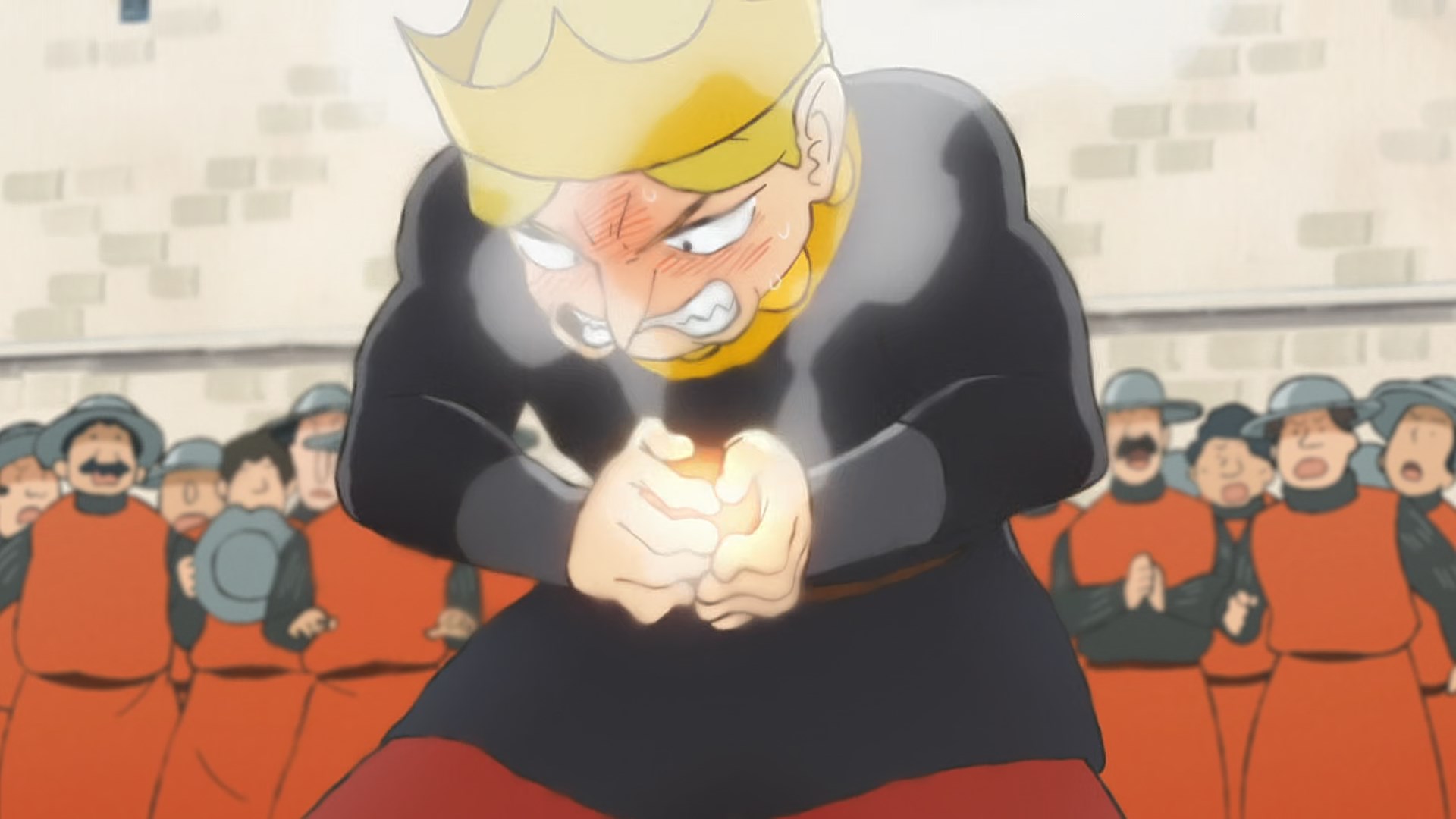 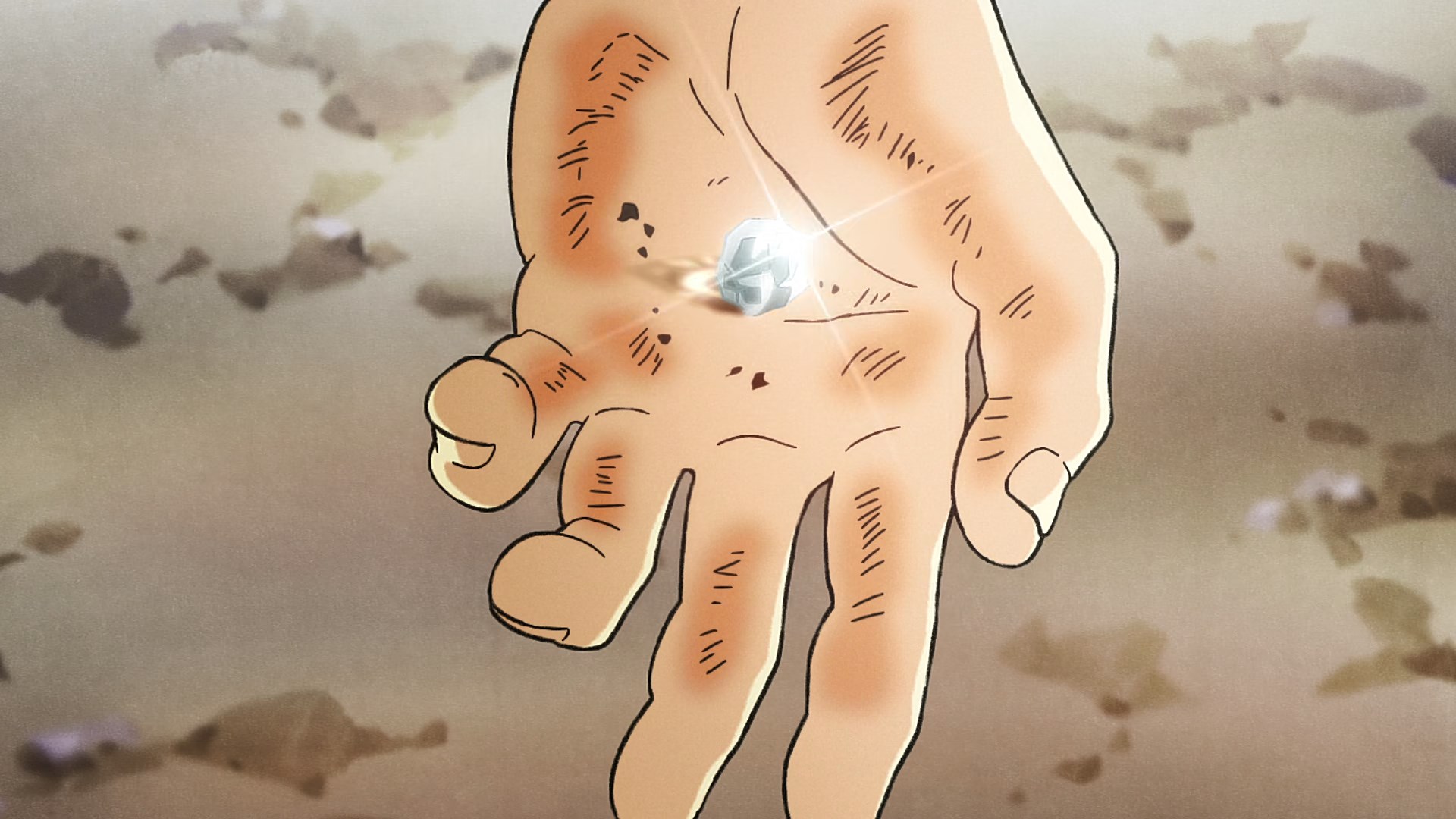 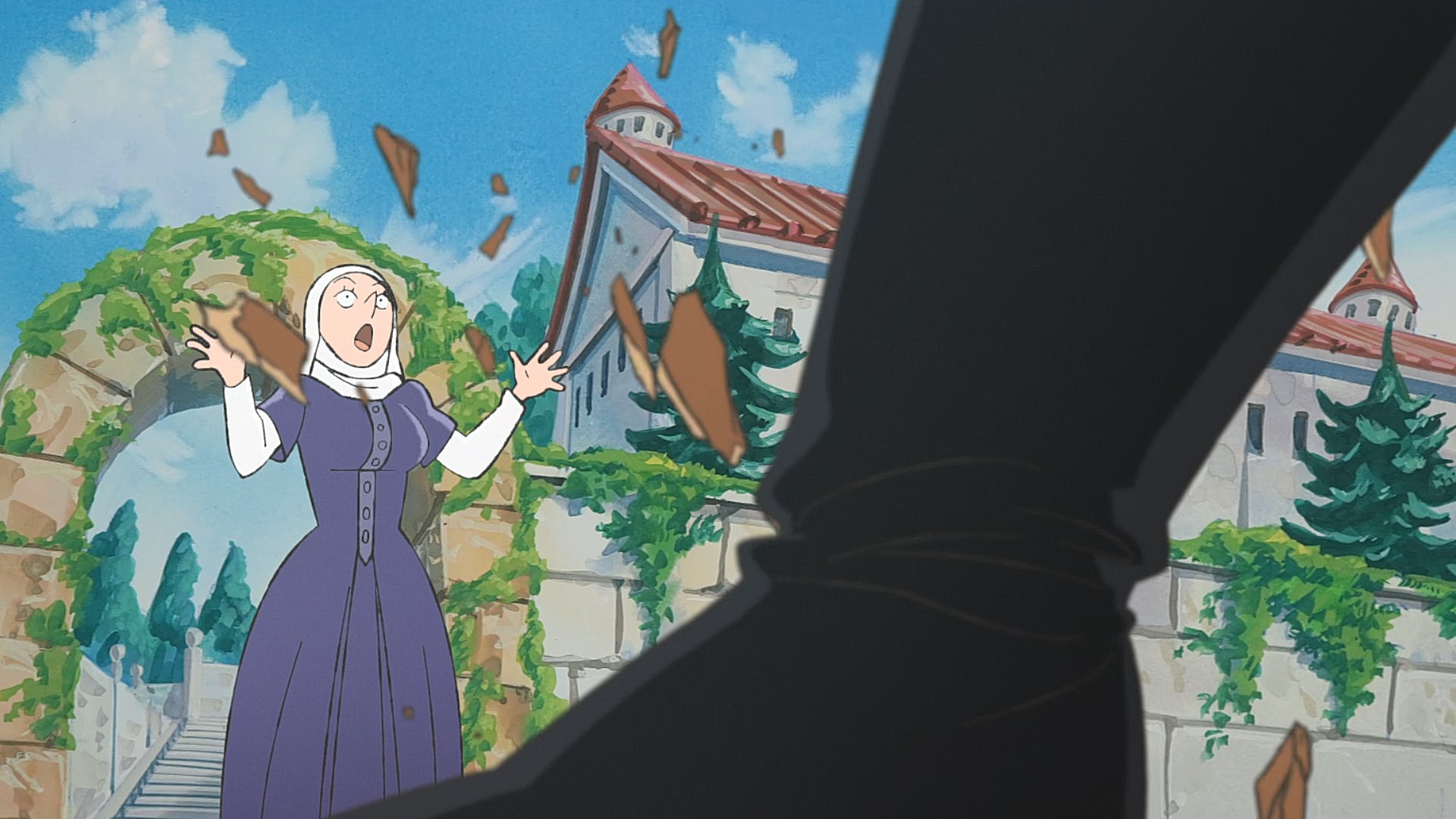 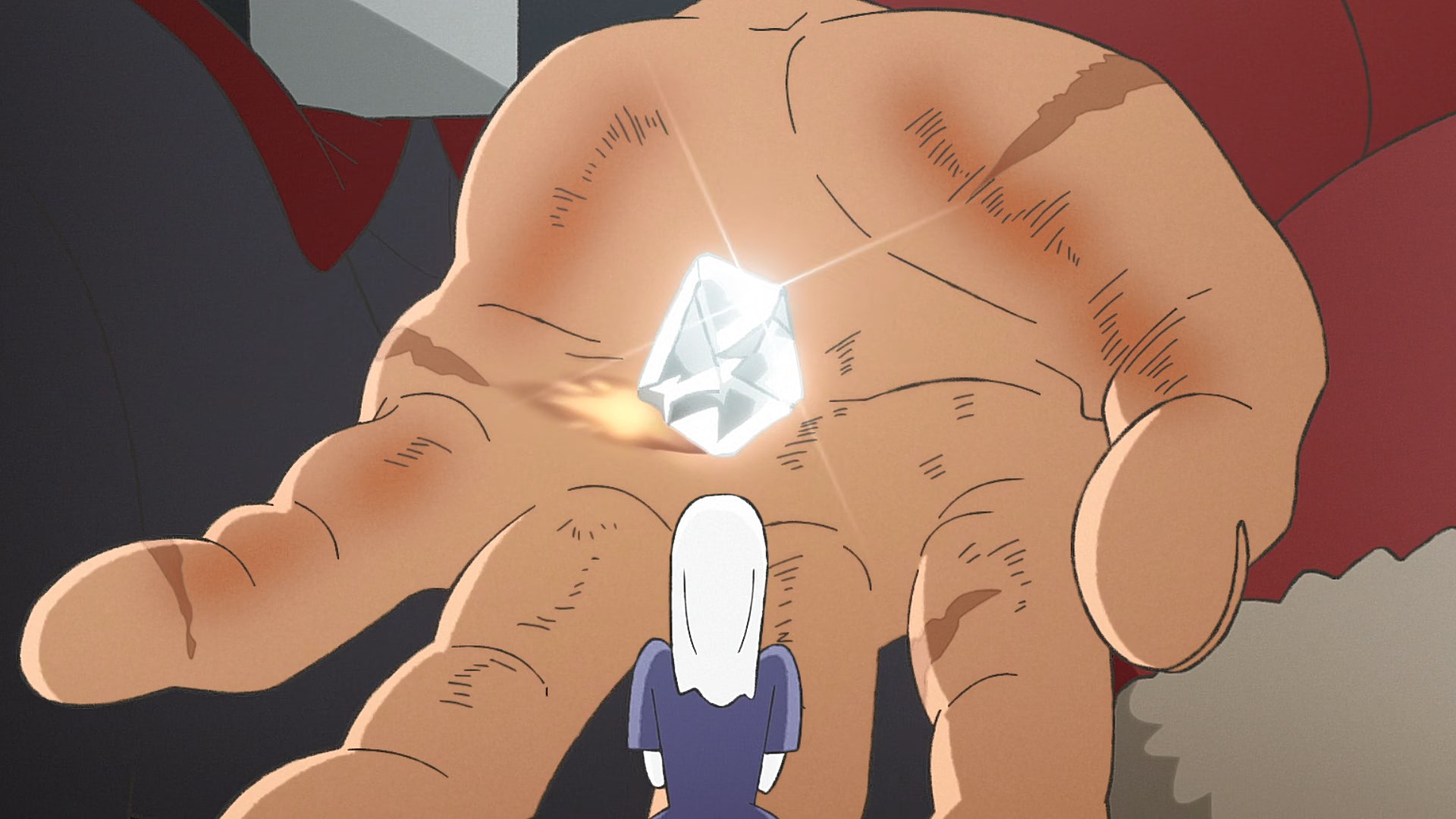 Her shock quickly becomes overwhelming when Bosse coldly states he does not know where Daida resides. Queen Hiling faints at this piece of news and is marshalled away into her personal chambers. Several hours pass and she is still reeling in bed whilst Dorshe is fearful that her life is in mortal danger. His fears are on the mark as when he leaves the room, he is confronted by the same three demons that were seen in the previous episode. 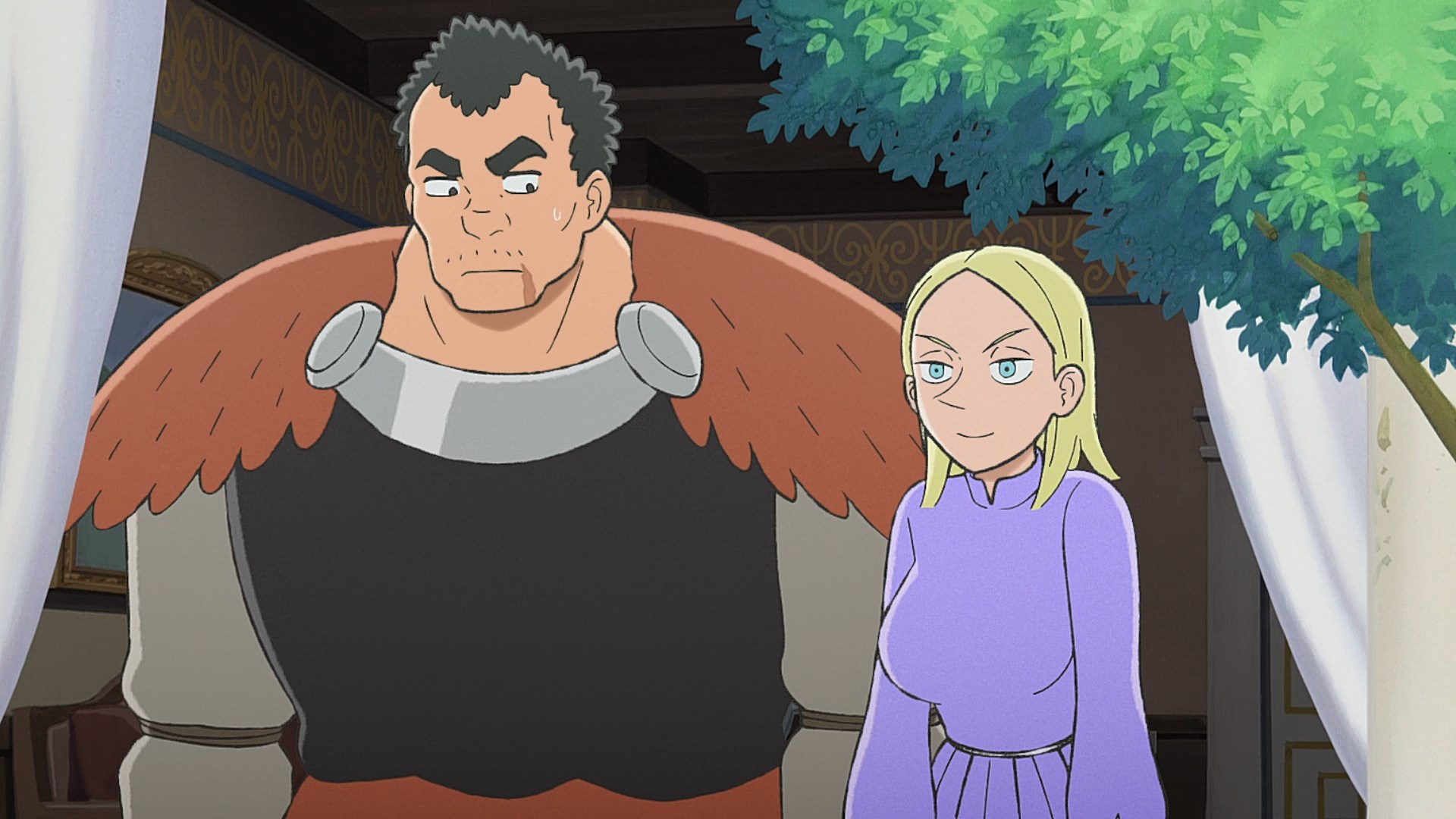 We take a trip down memory as we see Dorshe from a few years back assigned the role of becoming Queen Hiling’s bodyguard. Initially he is aggrieved and slighted by Bosse’s decision but when he witnesses her strained relationship with Bojji and her resolve to make amends he taken aback by this. He comes to respect her endeavours, so much so that when he meets Bosse again he vows to continue with his task of protecting Queen Hiling. Over time, much to his surprise, he witnesses Hiling’s relationship with Bojji blossom into something that is more akin to a mother and son relationship.

These pleasant memories are fleeting as we are thrust back into reality with Dorshe facing the three fiends who circle around him. The monsters bounce on him and he absorbs some mighty blows! Staggering but not defeated one strikes and seems to tear him limb from limb! But it is all a ruse as beneath his clothing lies some solid plate mail armour! Sensing a potential stalemate one of the monsters makes a break for it by running towards Hiling’s chambers but is smashed down with a mighty swing of Dorshe’s shield. Taking advantage of his lack of protection the other demon lashes out and the man is unarmed and can only face his foes with only his fists.

Frustrated at the lack of progress, Dorshe decides to go super Saiyan! He charges up and his muscles explode in size smashing his armour to pieces! His physical prowess is a sight to behold as he lands several uppercuts and injures the monsters severely. Miranjo enjoys this development for she sees his imminent demise seeing as he no longer dons any armour. The following moments seem to confirm this as the dogs manage to land some devastating bites to Dorshe’s torso that leave mortal wounds. He shakes and is about to pass out but he manages to find a final ounce of strength and lands some devastating attacks that finally put the beasts to rest. Triumphant but defeated Dorshe collapses where he stands. 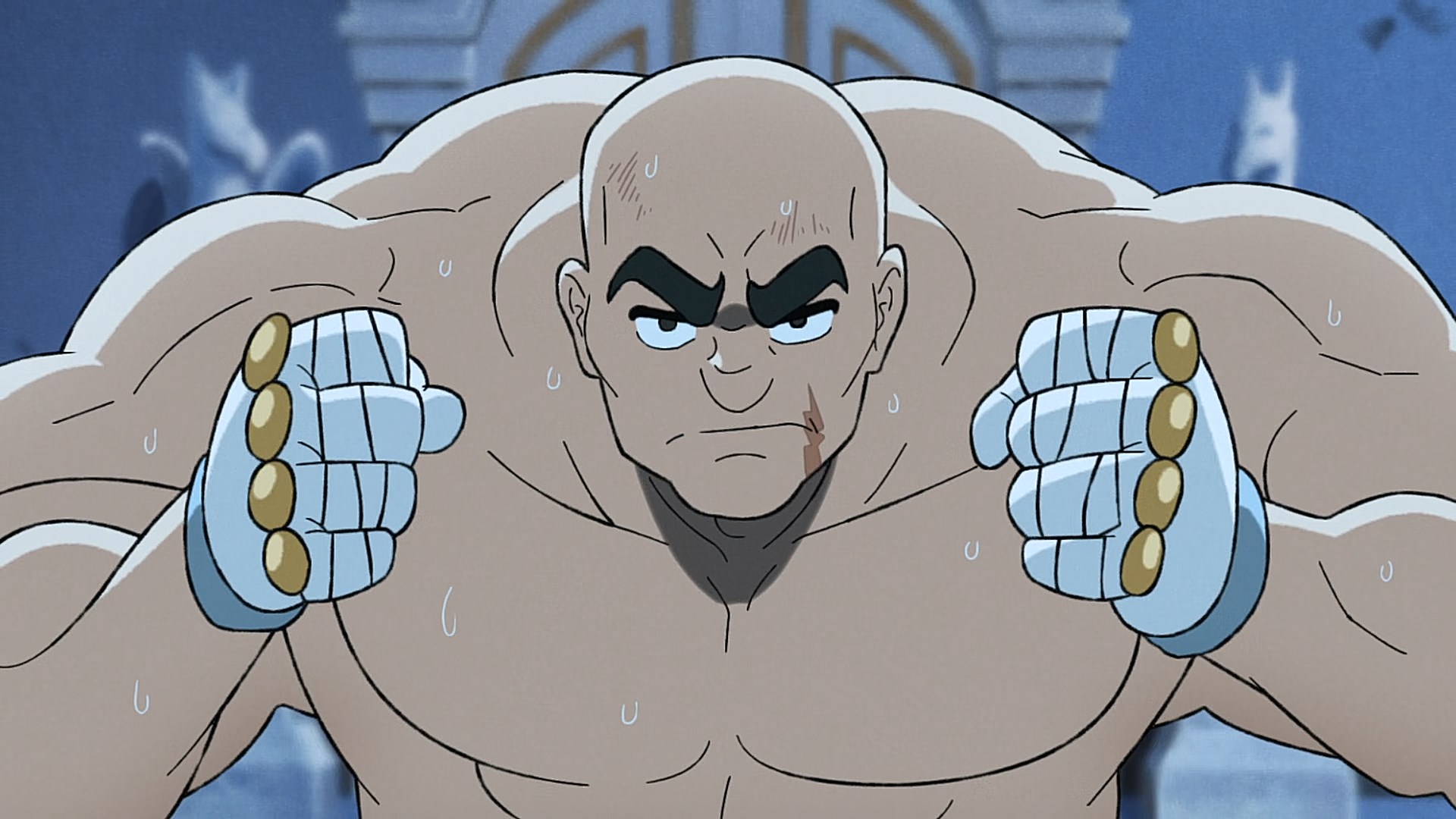 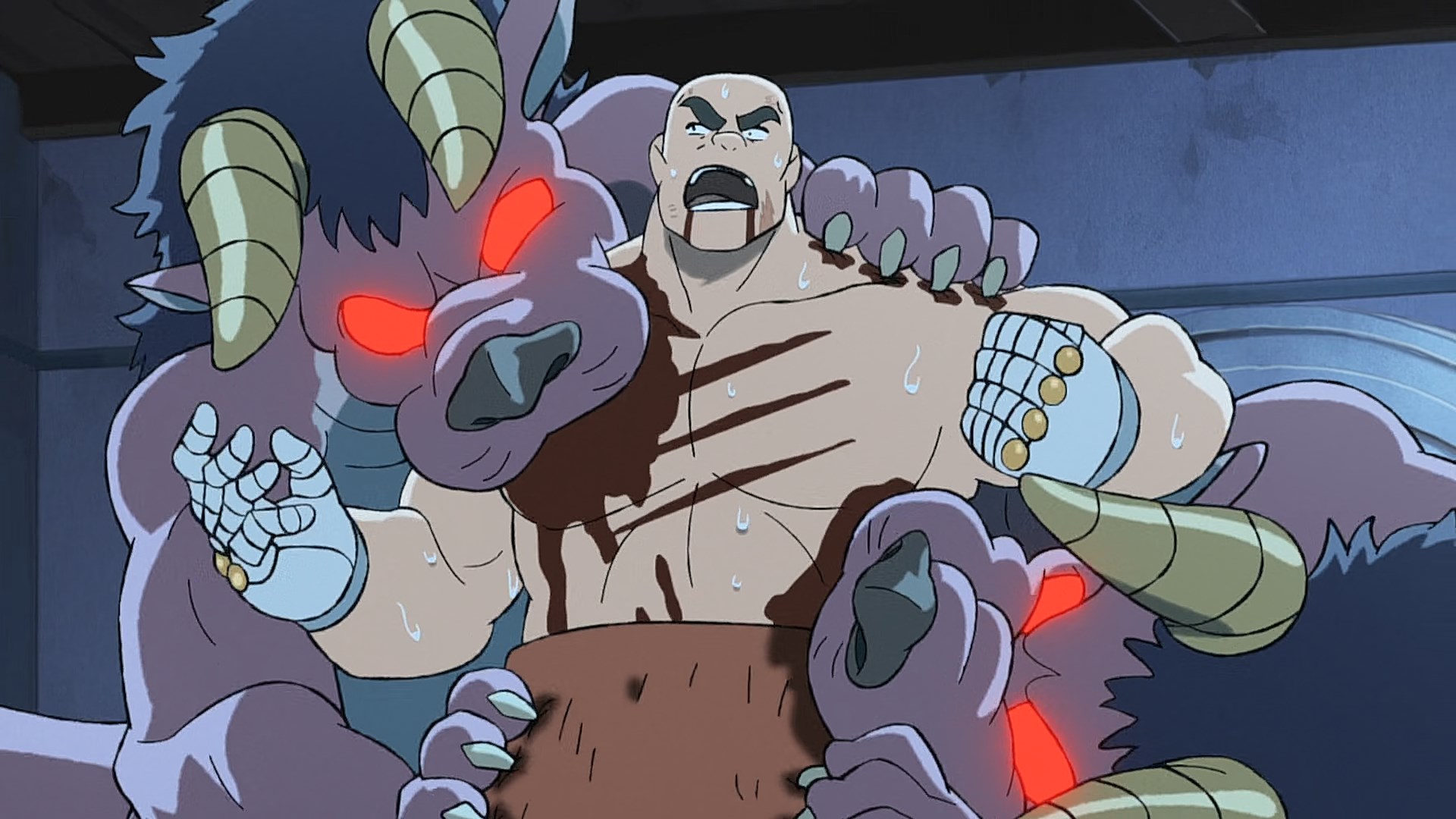 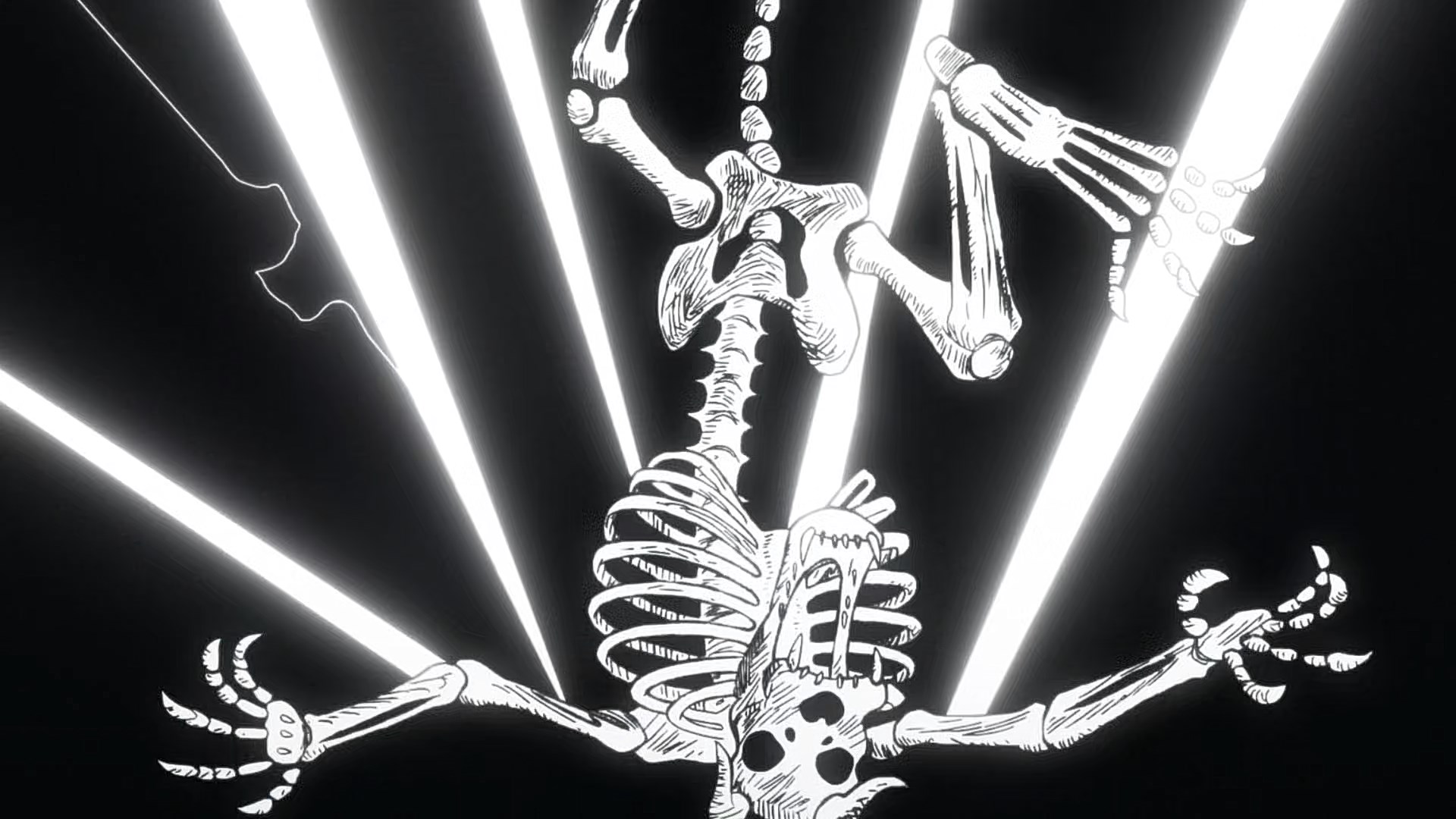 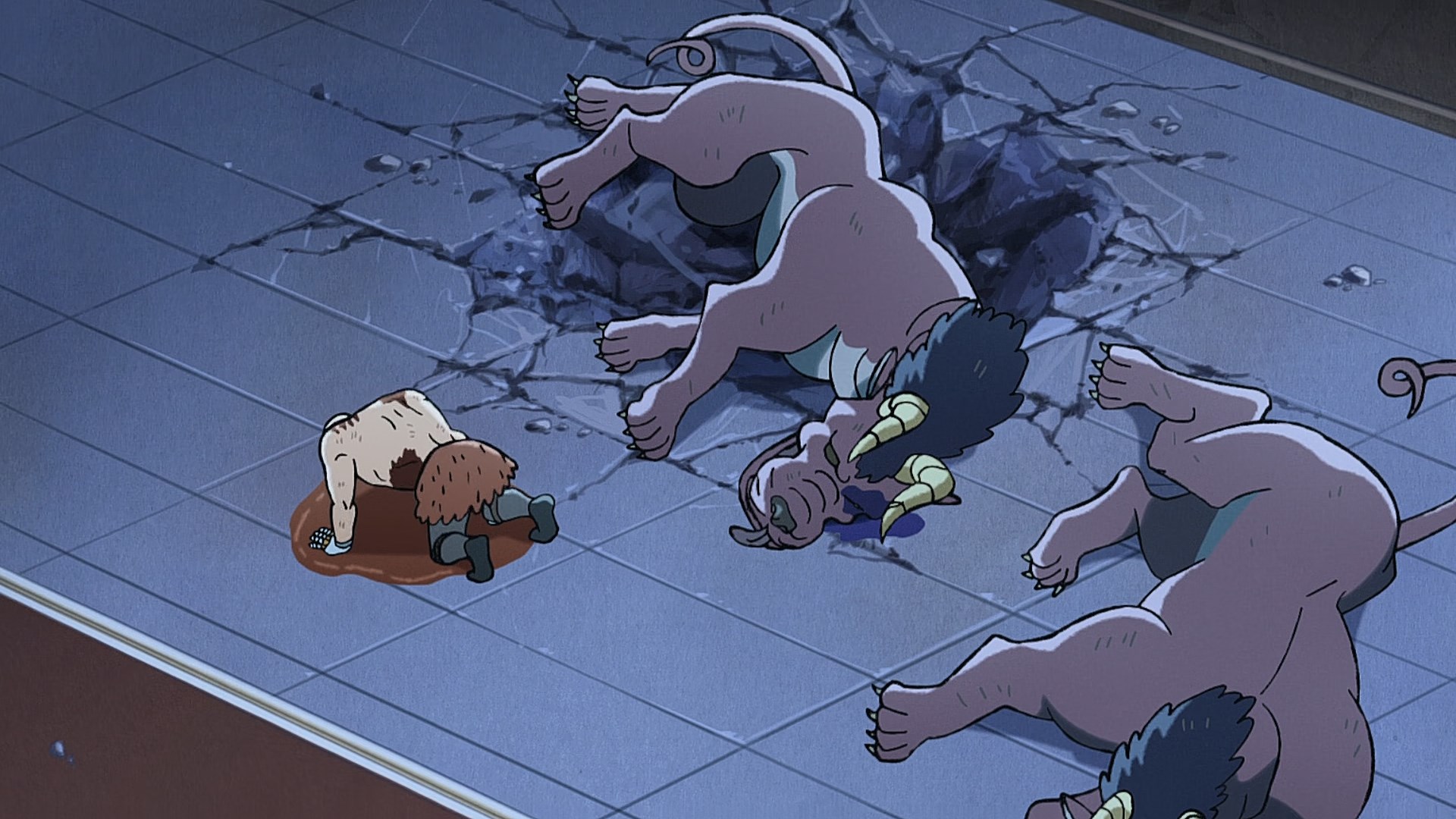 Miranjo is shocked and disturbed that the fiends were unable slay Queen Hiling. Bosse by contrast is unconcerned and is instead more interested in sharing a dance with Miranjo. Touched by this gesture they enjoy a few blissful moments but this does not last as her magical powers are not enough to sustain this physical form for long and she retreats into her spiritual form within the mirror. Just what kind of relationship did these two hold? Whatever it is, it certainly is a romantic one which is telling as Miranjo does not seem to be any of Bosse’s wives. Whatever relationship he has, the two share some common future goals. And it is those future goals that we really want to know!

We cut back to Queen Hiling who is back to her normal calm and composed demeanour. Dorshe has miraculously survived his ordeal and seeks forgiveness for his failure but Hiling dismisses any wrongdoing stating he was simply doing his job. She looks at the window and resolves to fight Bosse and bring her son Daida from the abyss. We then get a quick snapshot of Daida’s plight as he his struggles take him to the brink of madness. 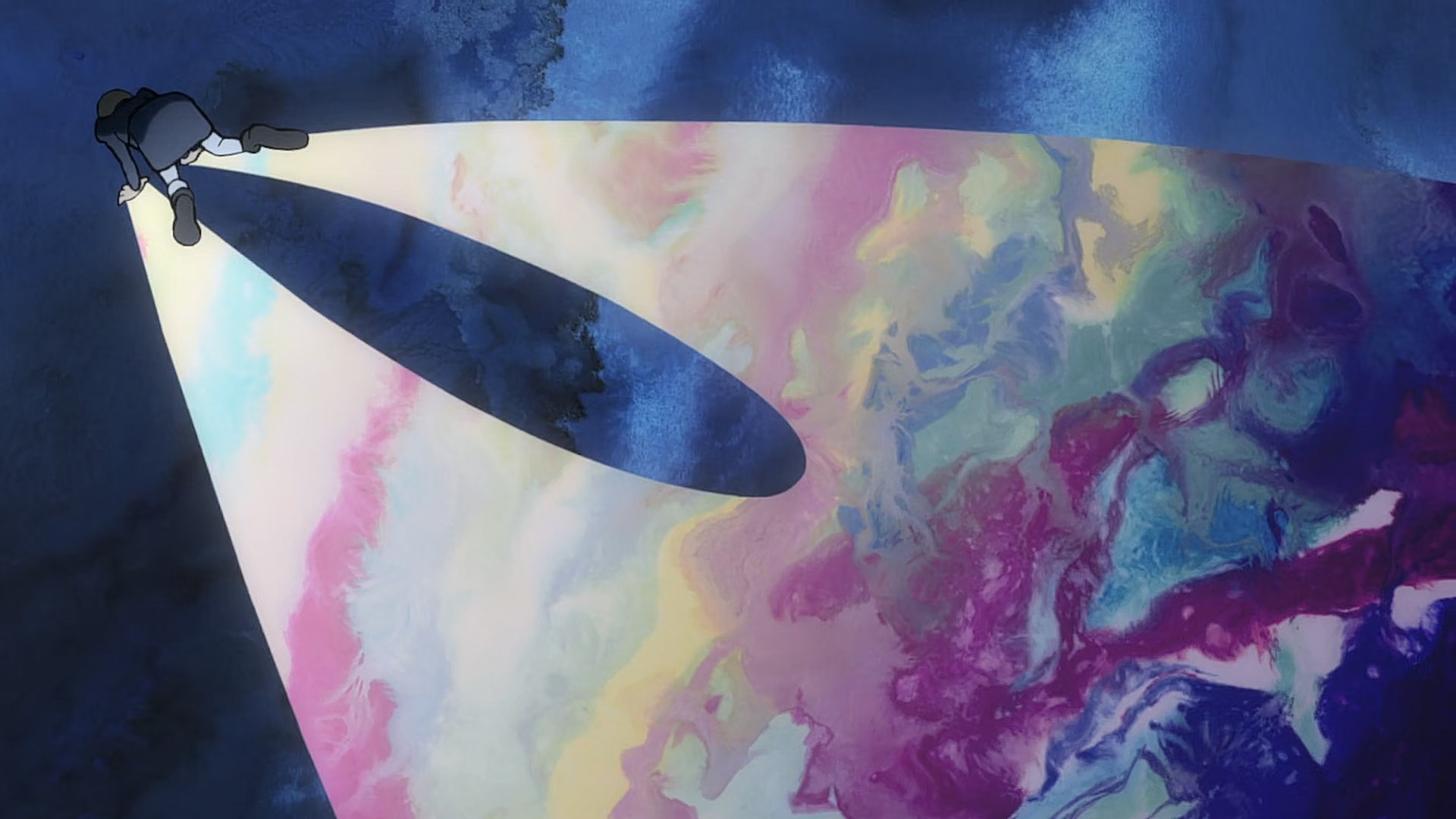 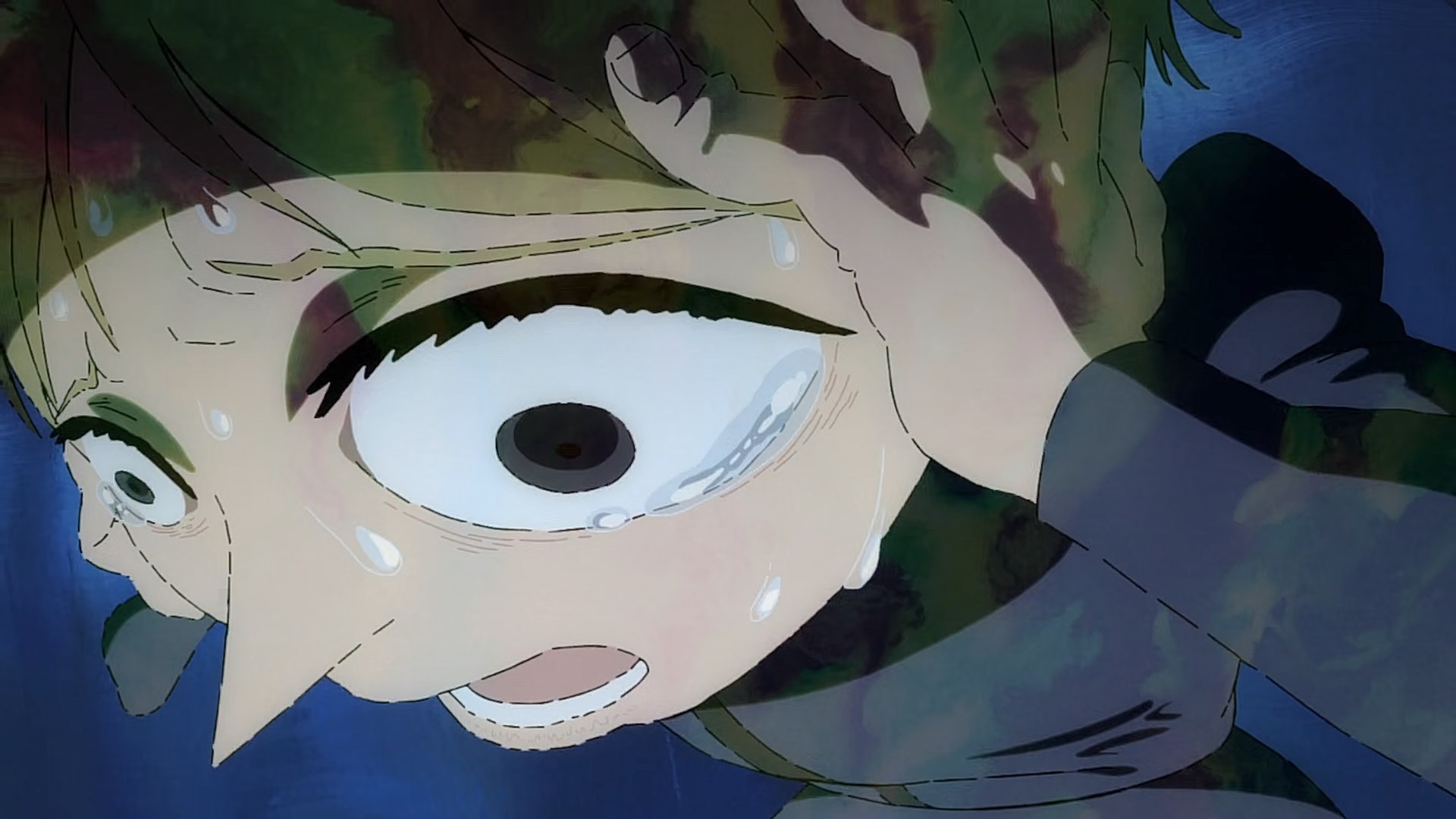 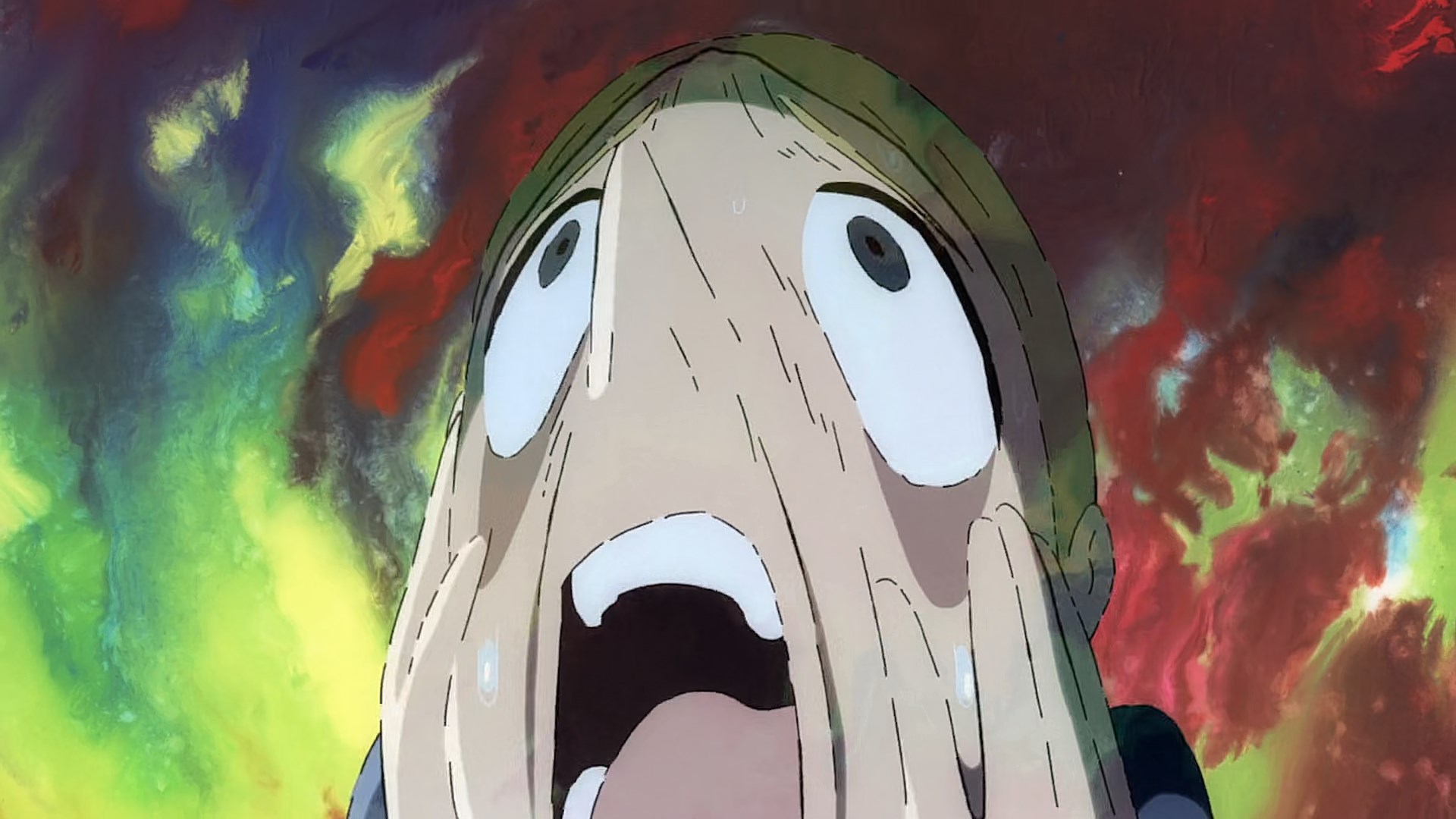 Queen Hiling decides that the direct approach is the best way and she storms straight into the throne room confronting King Bosse. She asks the question we are all thinking by calling out and demanding to know what Bosse’s objective is and what has made go so far as possessing Daida, his own son to achieve those goals. She screams at him for his lack of character and integrity and it is in this outburst when Daida hears her screams! He shouts back and she hears his pleas to escape. Her anxiety goes through the roof and she loses herself in the moment.

She clocks that Daida’s spirit resides in his body and she orders Dorshe to attack Daida’s body but when he refuses. She takes matters into her own hands and lashes out with a concealed dagger but Dorshe stops her from making the fatal blow and calms her by saying that if she attacks Daida’s body then she will effectively kill his spirit. Whaling in frustration Dorshe decides the best course of action is to knock her out. Bosse then sends out a warning that if he stays in the castle, he and Hiling will surely perish when the next batch of monsters come for their lives. He advises they run far away and keep a low profile until the time is right.

Thoughts: This was the Dorshe episode as we got quite a bit of character development to a side-character that was, until this point, largely ignored. His sense of duty towards Hiling and his mighty physical prowess is made abundantly clear. Whilst we had an inkling about Queen Hilings loyalties it is made clear in this episode as she explicitly sides with Daida in his struggles. These developments lie in contrast to Bosse whose ambitions remain largely ambiguous. It almost seems like he serves two masters as there were times he clearly favoured Miranjo but then at other moments he seemed to support Dorshe and even Hiling when the mirror was not in sight. It was also quite telling he did not seem unnerved with the failed assassination of Hiling. Bosse did say he only wanted to go with the flow but if that was really the case why is he taking such extreme measures as possessing his son's body beyond the grave? Quite perplexing but this series has a habit of throwing questions at us!
Click to expand...