The Hero Chapter is the immediate sequel to the original Yuuki Yuuna and is perhaps the strongest season yet (I have not seen the Mankai chapter yet so that doesn't count in my reckoning). This season is largely story driven with the slice-of-life/comedy elements taking a back seat. The major plus in Hero Chapter is we get a more satisfactory ending that offers closure to the show. To get the most out this series I would recommend watching all the prequels though. 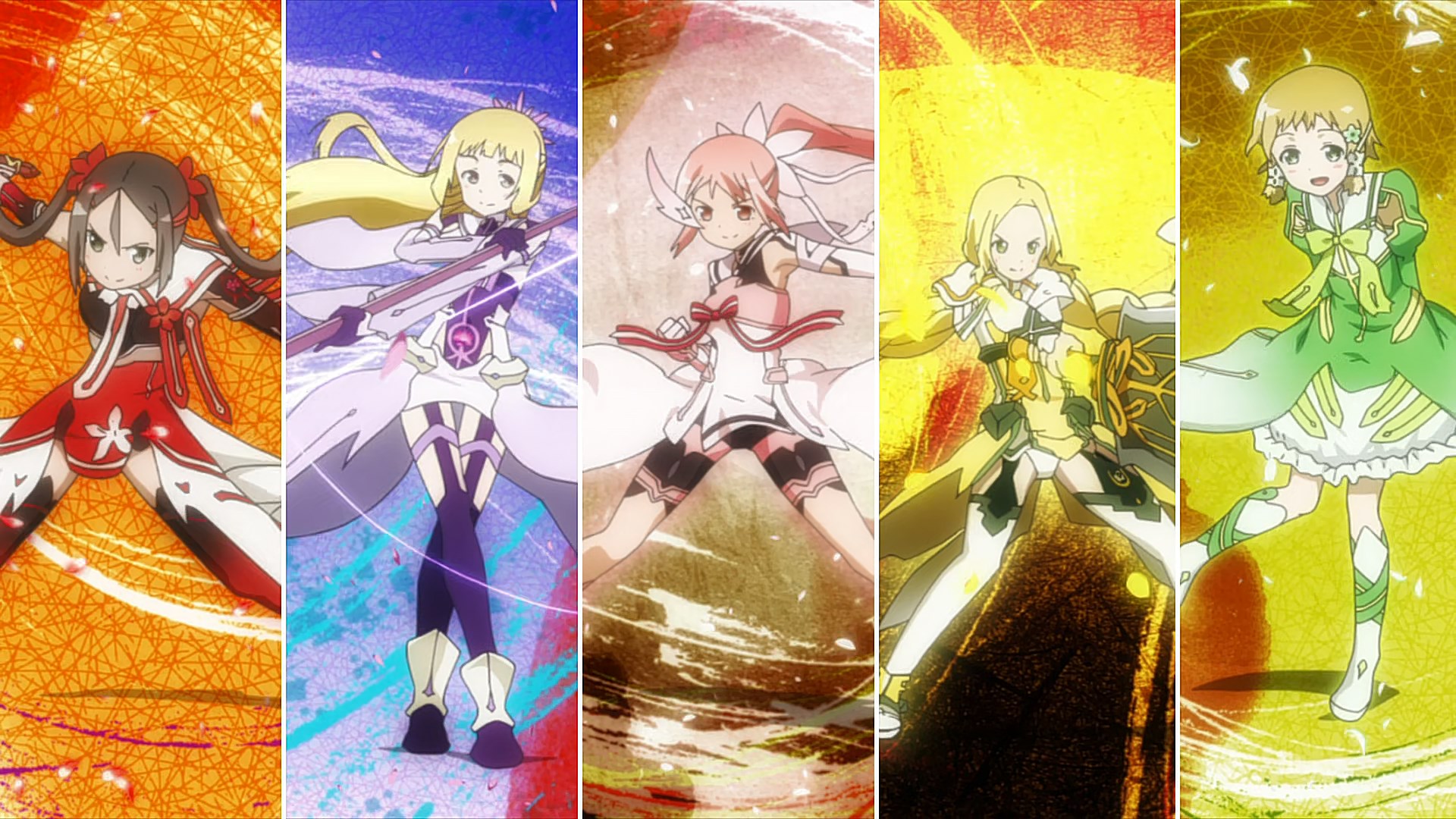 Yuuki Yuuna is a Hero: The Hero Chapter also known as Yuuki Yuuna wa Yuusha de Aru: Yuusha no Shou is a dark magical series. The Hero Chapter is the third season of the Yuuki Yuuna franchise coming out in autumn 2017 and is the direct sequel to the original Yuuki Yuuna series. If you want to get an idea of how the previous season were then click on the links below:

Before watching The Hero Chapter I recommend watching both the first series and its prequel The Washio Sumi Chapter. This series relies on various major events that occurred in each of the previous seasons so if you have not watched those events then you will not fully appreciate the impact the most climatic moments that Hero Chapter has to offer. Saying that in terms of plot developments this series is simple enough to follow that even newcomers or people who have not watched the series for quite some time can still grasp the ongoing plot developments easily.

Out of all the series to air, The Hero Chapter is perhaps the darkest chapter in the Yuuki Yuuna franchise as whilst it still retains it slice-of-life moments, particularly at the start, this season has the most drama out of anything we have seen before as the amount of happy comedic moments is cut down considerably. 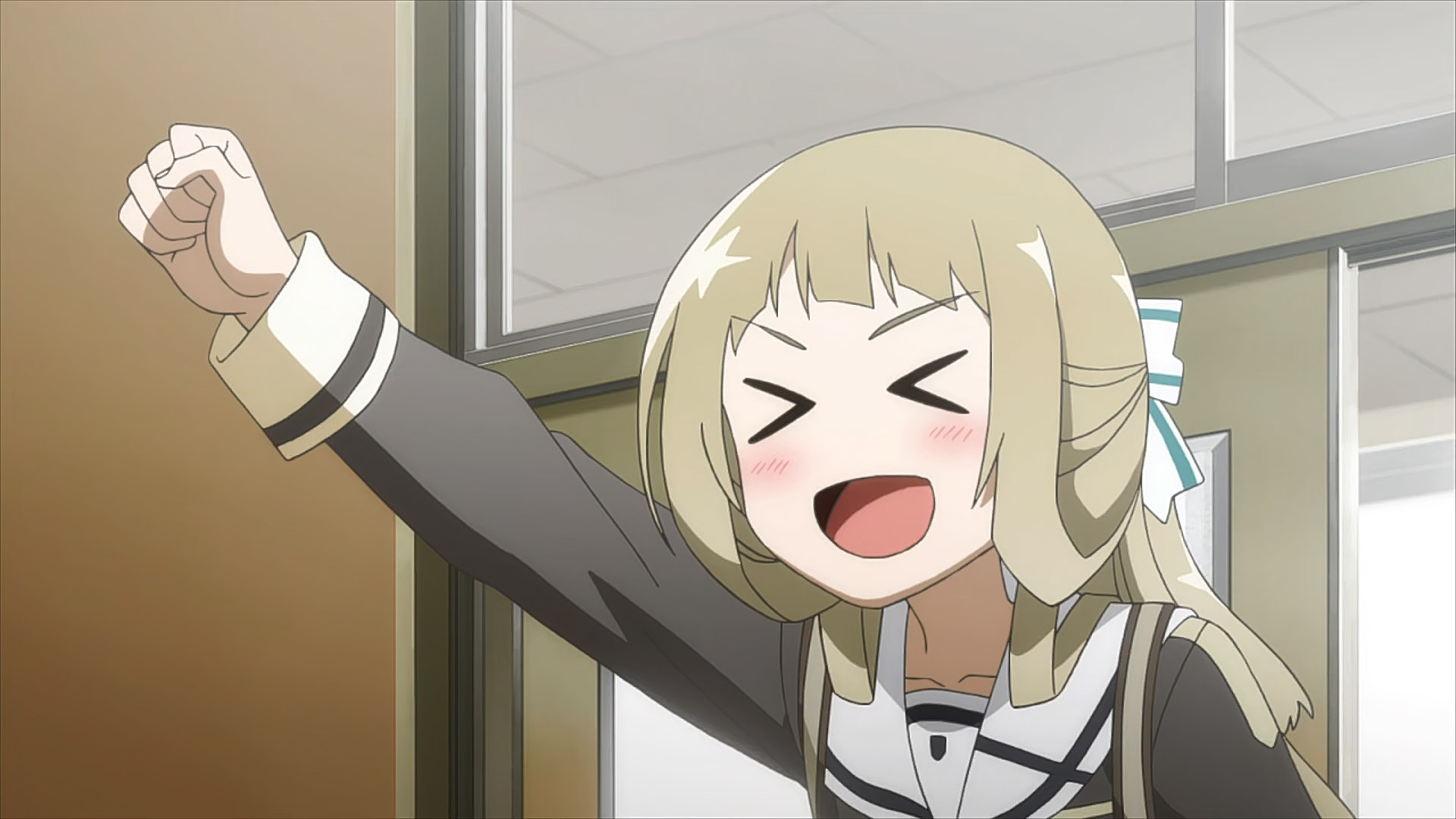 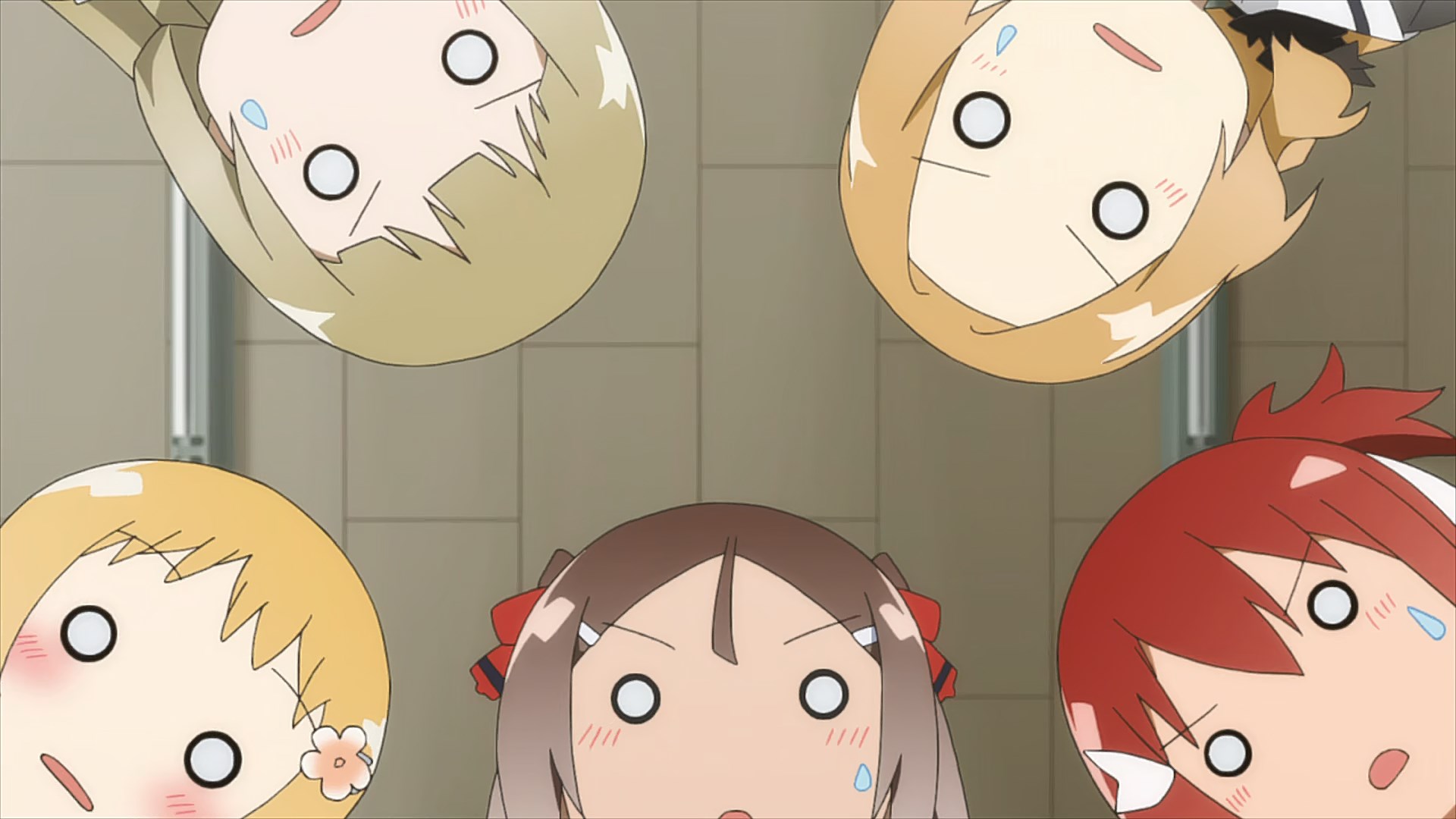 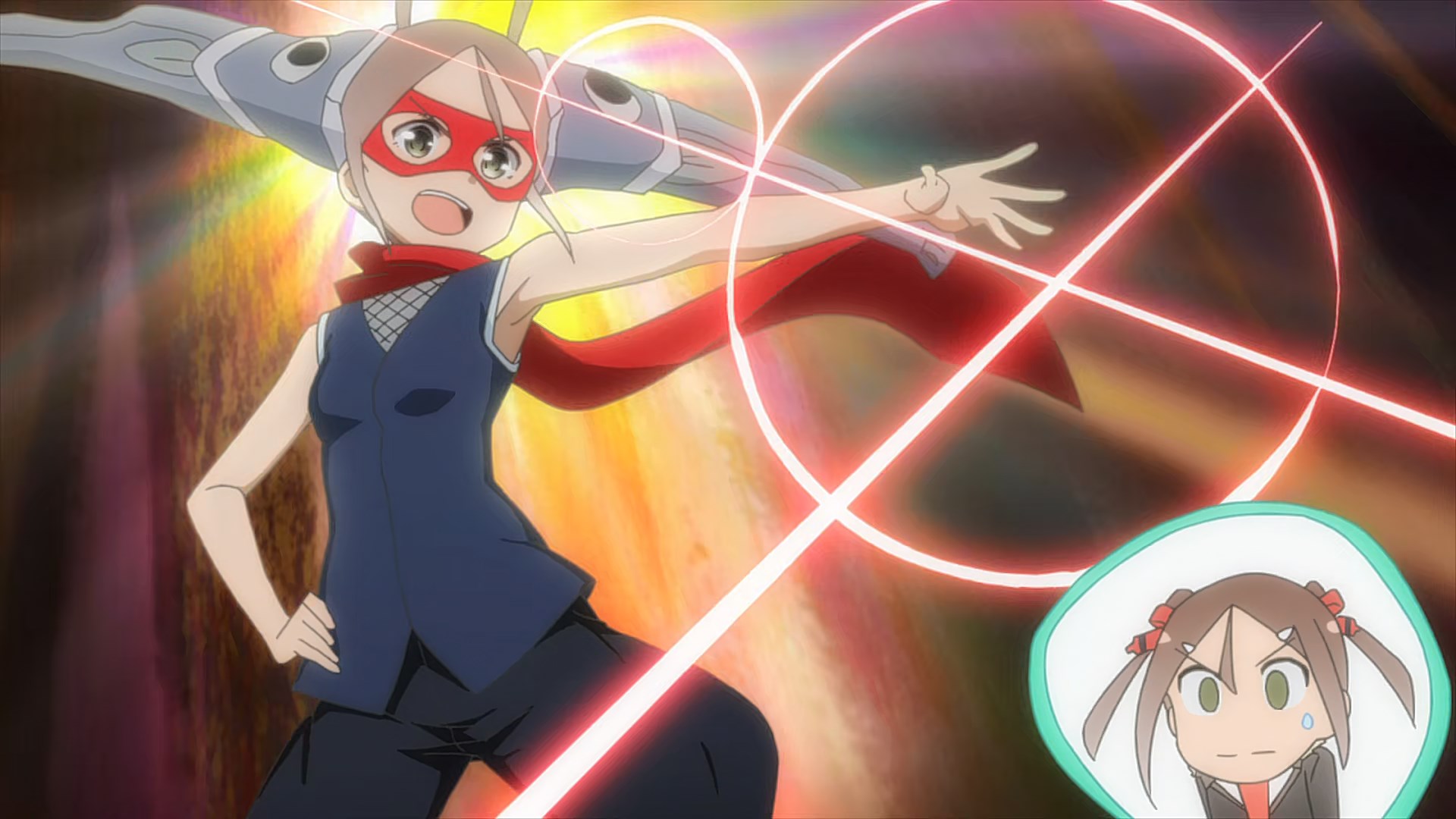 Don't let the girls lull you into a false sense of security as the laughs don't last long!​
This may not seem like the case as the opening episode, in typical Yuuki Yuuna fashion, starts on a happy go luckily note. As before, we are introduced to our familiar group of girls doing their usual thing to put us at ease. What is more, there is a certain addition to this gang that is bound to raise the mood particularly if you had watched the previous chapters.

These heartfelt moments do not last however when a twist is added early on. As the episode progresses it becomes increasingly apparent that something is amiss. It is this curveball, and the sense of mystery that slowly unwinds, that gets the girls (and viewers) asking various questions especially when the impact of this twist widens in scope. 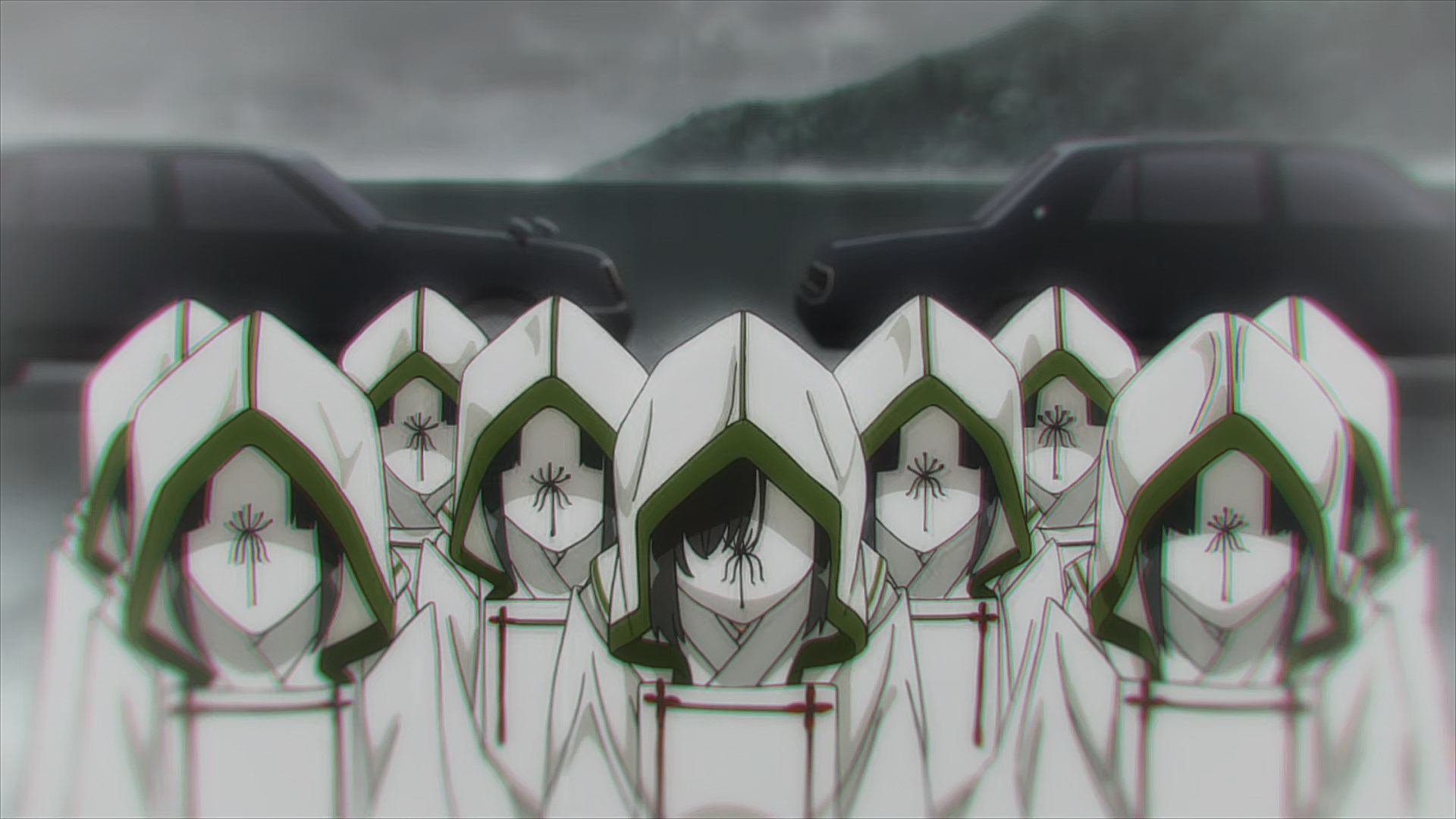 This deep sense of mystery is not something we have seen in Yuuki Yuuna before so for it to happen now is a nice surprise and it is this mystery that makes one eager to see subsequent episodes. Things do not let up in the proceeding episodes either as the drama and stakes are raised by a considerable degree. There is action of the desperate kind, and unlike before we do not know how this will pan out due to the nature of the fights being fundamentally from before. It is this difference that allows The Hero Chapter to generate more suspense and drama from these action sequences than before.

These dramatic moments of action naturally spill into the girl’s daily life’s as they earnestly try and resolve the issue that is slowly spiralling out of control in front of their eyes with no solution in sight. This sense of hopeless and angst is especially prominent for one of our key characters due to the actions she took previously. This key point maybe missed or at least not fully appreciated by newcomers but for people who watched previous seasons, it will be an easy point to understand. This is one instance when it really pays to watch the previous seasons. 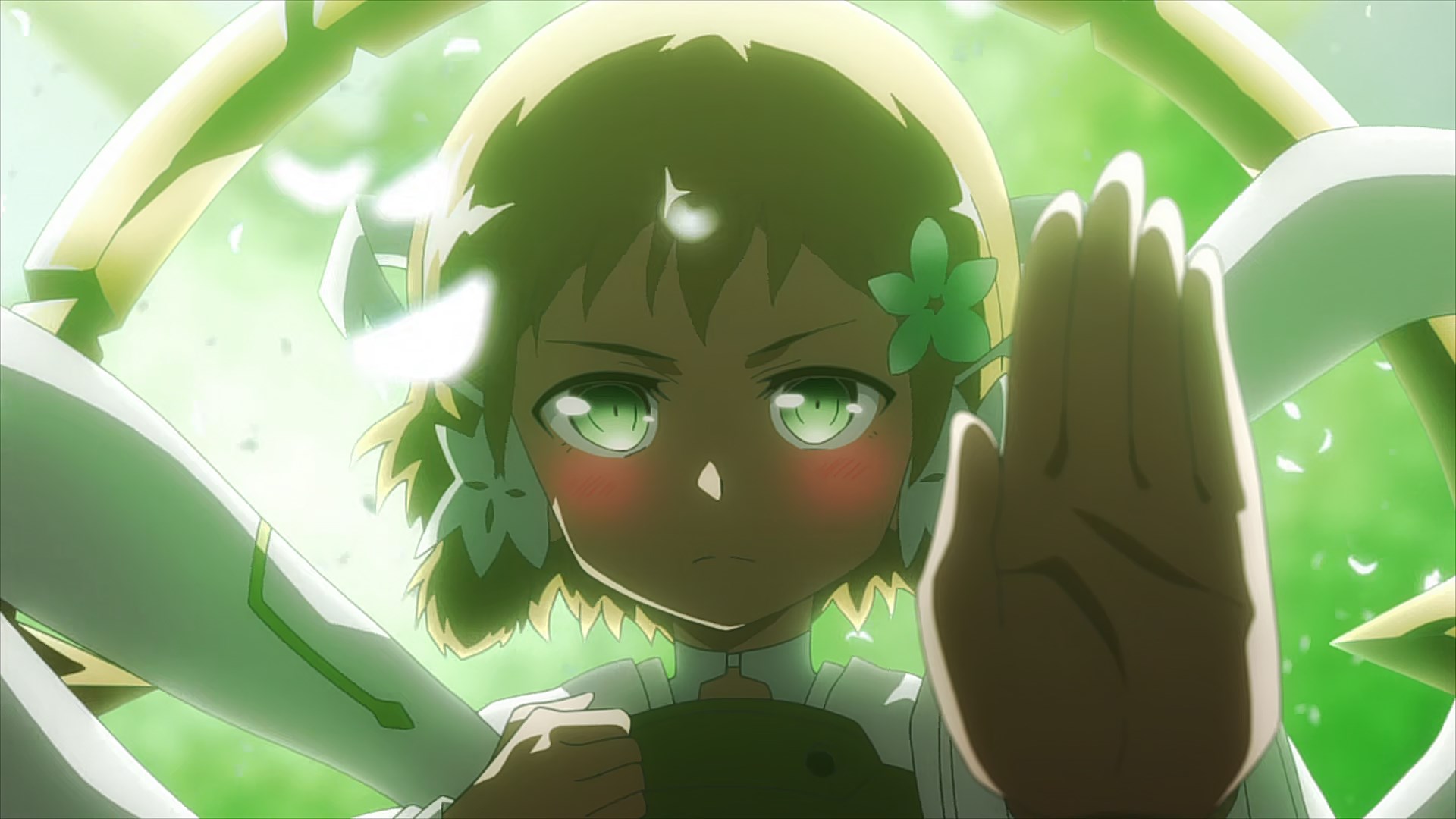 With all this mystery and The Hero Chapter being only six episodes, one may become concerned this series will have a rushed or incomplete ending. I can gladly say this isn’t the case as we get an ending that not only answers our most pertinent questions but it also provides a greater insight into the Taisha’s true nature. This was nice considering their motives have been very ambiguous throughout Yuuki Yuuna. These factors alone mean the ending is more satisfying than the original series although it is up for debate whether it tops the climax of the Washio Sumi Chapter. It does end on a high I can say that much.

In terms of characters this chapter has relatively little character development/growth as the focus has clearly been on the story. This shouldn’t prove to be such a hinderance however as much time was spent on their development in the previous seasons. What I will say in that regard is that most of the characters are more open with their emotions and are generally more straightforward with their feelings particularly for Karin. I actually kinda found that bit sweet considering how uptight and haunty she was previously. 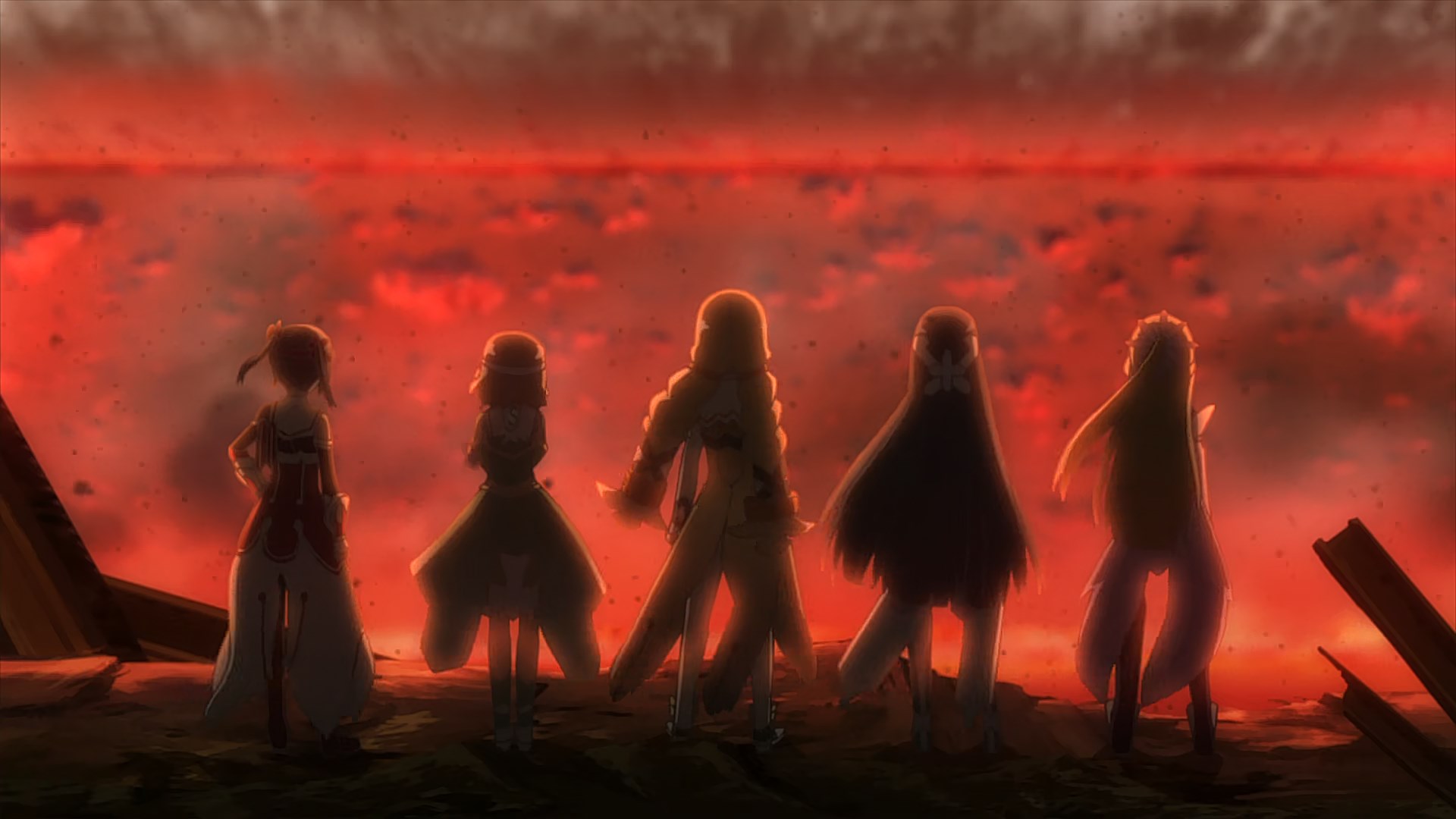 The Hero Chapter continues to maintain a solid standard and for veterans you know what to expect here. If there is one notable point I can say about this chapter it is the amount of CGI used is considerably less than before and what little we do see is less noticeable than before. Due to the more series taking on a more serious tone the number of chi/moe faces is less than what we are used to.

The opening and ending animation sequence are also decent and the sound tracks were fairly well done. On a personal level it was better than the original Yuuki Yuuna season although it is a tossup whether it is better than the beats of the Washio Sumi Chapter. The opening song is "Hanakotoba" by Sanshuu Chuugaku Yuusha-bu while this season has three ending songs. These are: I "Yuusha-tachi no Lullaby" by Sanshuu Chuugaku Yuusha-bu for episodes 2-5, "Ukabeta Omoi" by MONACA in episode six while the first episode using the opening song for its ending.

Another great season that adds a new flavour to the overall Yuuki Yuuna story and franchise. Unlike the previous seasons, The Hero Chapter manages to deliver a good dose of drama and mystery that keeps viewers interested throughout the show. Moreover, the series manage to resolves all the major plot points in a convincing manner and unlike season one, the ending delivers a greater sense of balance. If you like an anime to offer a good story then The Hero Chapter certainly achieves that; it is a story that keeps you engaged throughout and unlike any other season there are no pacing issues attached to this chapter.

On the other hand, if you are one who leans towards the slice-of-life, comedy series then you many need to look elsewhere as this season shifts away from this. Another note is that we do not get much in the way of character development or deepening relationships. This is the one area The Hero Chapter suffers from when compared to before. On the whole though a good argument can be made that this is the strongest Yuuki Yuuna season yet. People who like drama, a little sense of mystery and just a good story will like this and with it being only six episodes long it is an easy series to finish. Newcomers and veterans alike can enjoy this although for newcomers they may not fully appreciate the most ground breaking moments.

Story 8 – The standout points for the Hero Chapter is the way it builds and maintains its sense of mystery throughout the shows running. You never quite know what to expect (in a good way) and it is this feeling of the unknown that just adds and builds on the feeling of suspense. What is more the ending resolve matters in a way that is way more satisfying than what we saw in the original season. Another unique feature of this chapter is that it had no pacing issues as it was drama or action all the way.

Characters 7 – All the girls we know and love are the same as before and the relationships they have are stronger than ever making them immediately likeable. The addition to the cast will prove popular for fans of the series. Unfortunately, character/relationship building is more limited in scope as this is not the focus of the chapter. There are still wholesome moments to be had though so we are not completely robbed in this area.

Animation/music 7.5 – If you have seen the other Yuuki Yuuna seasons then you know what to expect; good solid animation but nothing completely ground breaking. The biggest difference this season has is that there is noticeably less CGI utilised. Music plus opening and ending themes are of a similar standard to the Washio Sumi chapter.

Overall 7.5 – The Hero Chapter offers the most compelling storyline out of all the Yuuki Yuuna seasons. Unlike before, there are no pacing issues which was often a pain point for the series. We also get a good solid ending that manages to answer all the biggest questions to ensure this season ends on a high.

The story-driven nature of this series does come at the expense character development, slice-of-life and comedy action so if that is your thing then you are not likely to enjoy this chapter to a similar degree as previous seasons. I would recommend this show if you are a fan of magical girl series, drama and action. 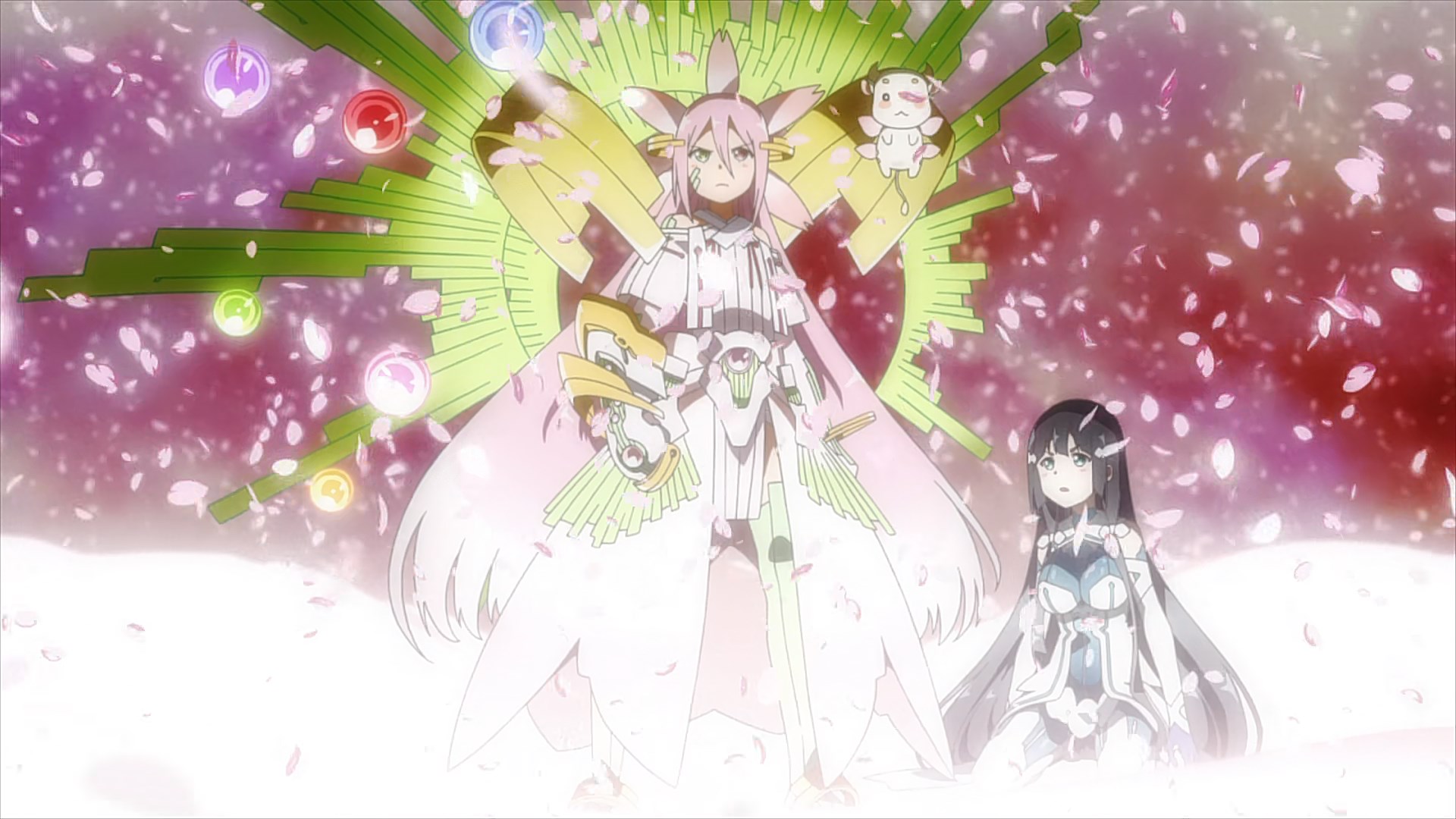 Check out the gallery of Yuuki Yuuna Hero Chapter in the spoiler below: 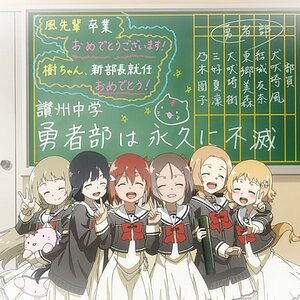 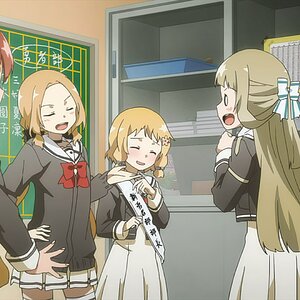 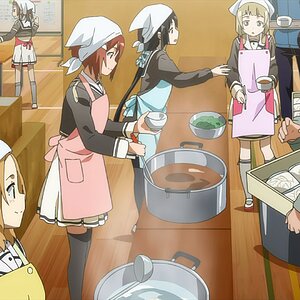 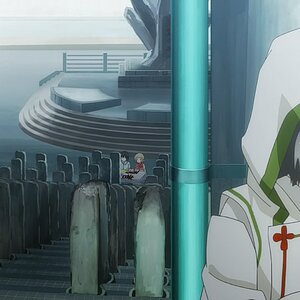 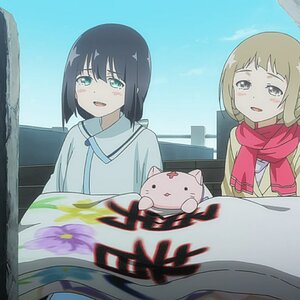 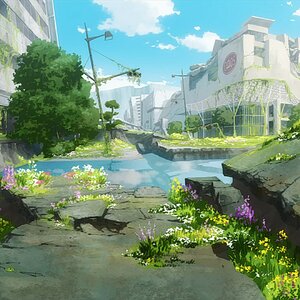 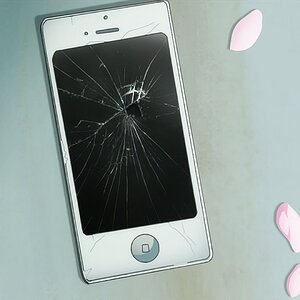 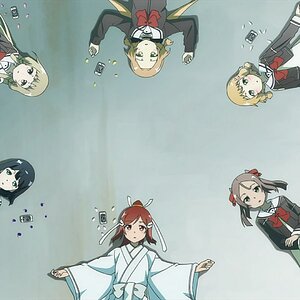 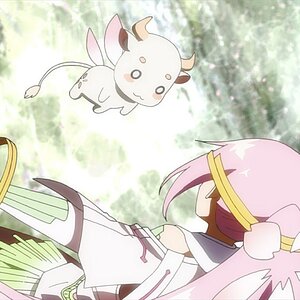 Yuuki Yuuna is a Hero - The Hero Chapter